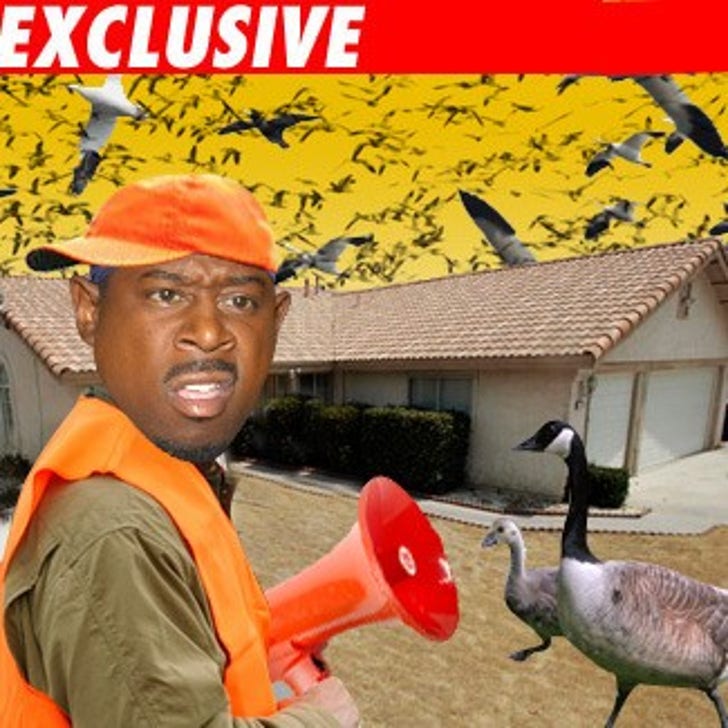 This is no joke. The squawking birds have overrun the funnyman's Virginia farm and he's gone to serious lengths to deal with them. One neighbor tells TMZ Lawrence is trying to get rid of them the old-fashioned way -- with a gun.

But Martin's peeps tell us a different story -- that Martin isn't gunning for the geese at all and that he's trying to take care of the problem as "humanely" as possible.

She issued us the following statement:

"The Lawrence's private family farm is populated with many different animals. It is not uncommon to secure an off season hunting license in rural areas and is quite common for the oiling of eggs. A hunting license has been applied for by the property manager; at the same time, Martin has actively been exploring all possible humane ways to handle the overpopulation issue, while intending to do everything possible to preserve the animal habitat in which they reside. There are many different enterprises in rural VA that make their living assisting property owners on how to handle and manage migratory geese. It is unfortunate that a neighbor who has never met Martin or discussed the matter with him, would make this issue public without know all of the facts or the Lawrence family's intentions."