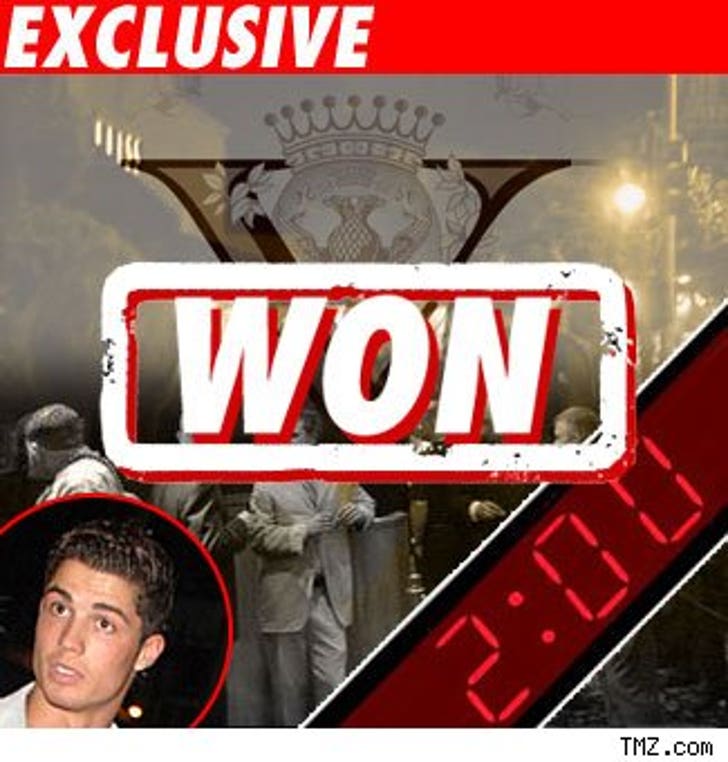 So the rules for Cristiano Ronaldo and Leonardo DiCaprio -- and the rest of the celebuniverse -- are just a little different than ours.

L.A. County Commish Carol Hallowitz sided with Villa and yanked the three citations the club had gotten from the city of West Hollywood for staying open past 2 AM. Villa argued that because they've got such a gilded clientele -- who have the paps and entourages to worry about -- that they can't be expected to abide by the same rules as other bars.

Villa cited the example of Cristiano "Euro Greasy" Ronaldo -- who stayed well past 2 AM to try to avoid the papswarm -- as evidence. (Too bad it didn't work.)

Somehow, Hallowitz agreed, saying because Villa has "very high-end clients who spend lots of money" and is crawling with pappers, they're just "doing their job" by letting their clients stay past 2.