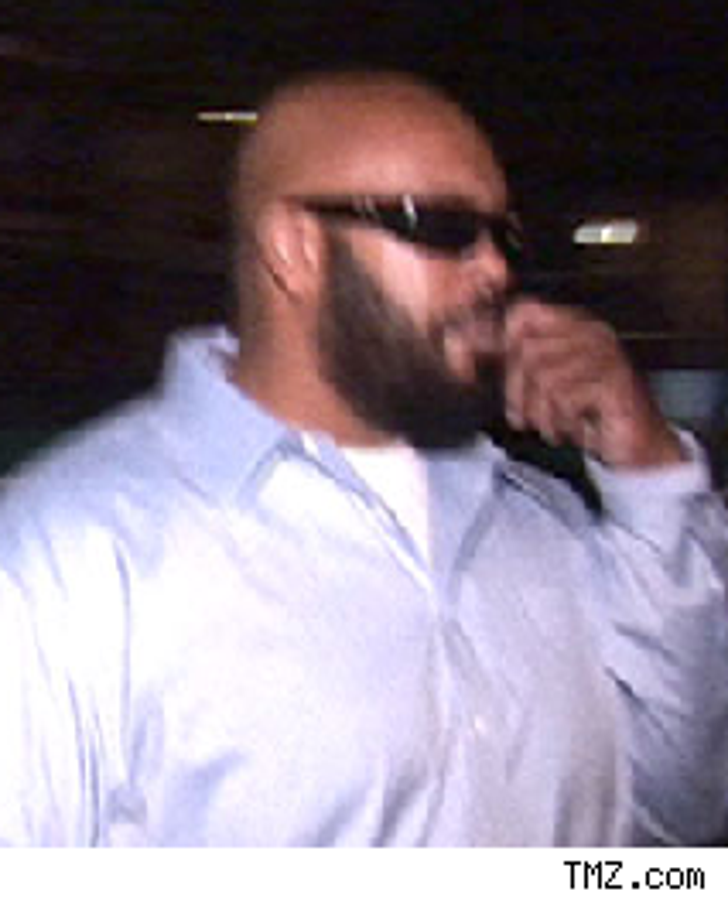 A state prison inmate says he recanted crucial testimony about the murder of Biggie Smalls after Suge sent him threats -- wrapped in plastic and conveyed by an L.A. Times reporter, no less. The Times reports that Waymond "Suave" Anderson had implicated an L.A. cop in Biggie's murder, but just last year changed his story after Suge's alleged threats.

Suave says he was passed the cling-wrapped messages by L.A. Times reporter Chuck Philips, who had a recent story about Diddy retracted after it was found the story was based on fabricated documents.

Philips denies the allegation, and Suge couldn't immediately be reached for comment.