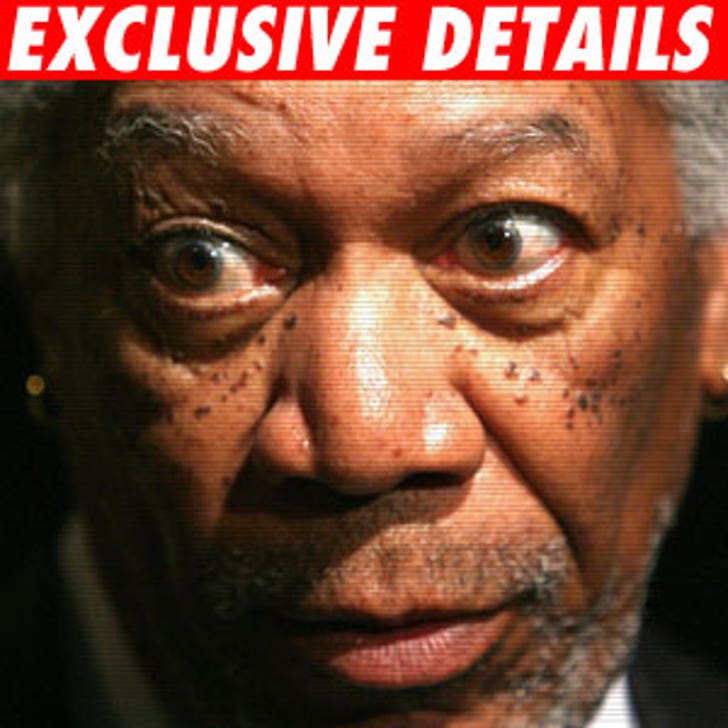 The Mississppi Highway Patrol has identified Freeman's passenger as Demaris Meyer. Freeman was driving Meyer's 1997 Nissan Maxima eastbound on Highway 32 when he ran off the edge of the road, flipping the car. We're told both were wearing seat belts at the time.

And get this -- an editor for a local Mississippi newspaper tells the AP when one looky-loo whipped out a cell phone at the scene of Morgan Freeman's accident and tried to snap a pic of the actor, Freeman joked, "no freebies, no freebies." Everyone's a journalist these days!

Cops say Freeman was coherent and talking to police and paramedics.

UPDATE: Freeman's rep confirms the actor broke his shoulder and arm, but expects him to make a "good" recovery.