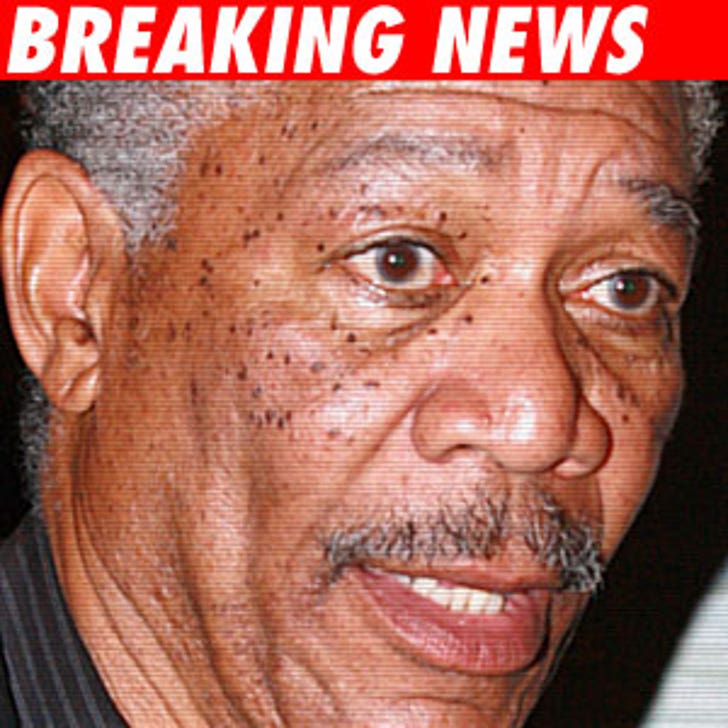 Morgan Freeman may have fallen asleep at the wheel last night right before his bad car wreck.

The actor was driving on Highway 32 in Tallahatchie County when he apparently lost control, flipping his car several times.

WHBQ
in Memphis is reporting Freeman was on his way home to Charleston when the smash-up happened. Bill Luckett, Freeman's friend and co-owner of Freeman's restaurant Madidi, said his buddy was sitting up and talking at the hospital.

One source tells TMZ that Freeman has broken several ribs and injured his knee. His female passenger, we're told, had to be cut out of the car using the Jaws of Life. A source says she's suffering from bumps and bruises, but is "all in all in good condition."