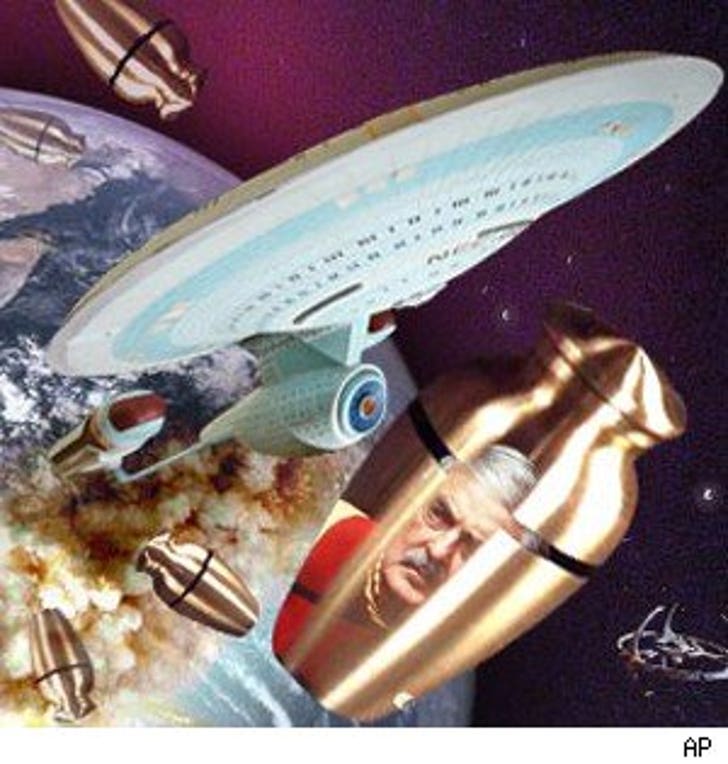 If James "Scotty" Doohan from "Star Trek" was alive today, he wouldn't be happy with what just happened to his ashes.

Doohan's ashes, along with 200 other people's remains, were supposed to be released into space on Saturday night by a rocket also carrying three satellites -- but the rocket never made it into orbit. It's currently in a bunch of pieces in a bunch of different places.