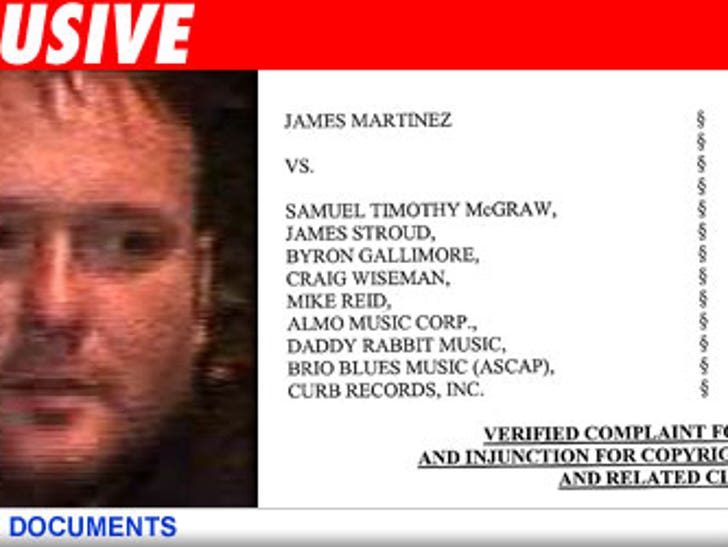 Tim McGraw is facing a wackadoodle $20 mil lawsuit from a Texas man who says he jacked his song for his huge country hit "Everywhere" -- but McGraw's bringing the legal fight closer to home to stomp it once and for all. 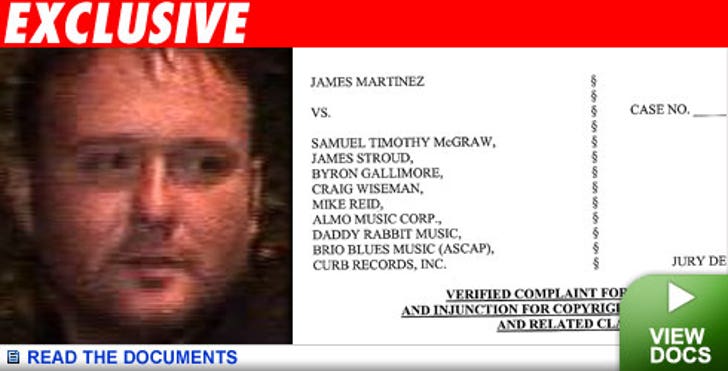 According to court filings, James Martinez alleges McGraw stole his hit "Everywhere" from Martinez's tune "Anytime, Anywhere Amanda." And here's where it gets a lil' wacky: James claims that because McGraw's songwriters used song titles that were similar to his, they're stealing.

Martinez actually filed the lawsuit over a year ago in Texas -- and it's flown totally under the radar -- but after a long slog, the action just got moved last week to Nashville, where the country star lives. McGraw's lawyers tell TMZ Martinez's claims are "totally without merit."