She was left broken and unconscious after an alleged drunk driver cut her down in the middle of the Thirty Mile Zone, but now Lucy Crawford is out of the hospital and taking on the woman who would have fled the scene -- if it weren't for a friend who chased down the car during the most dramatic footage we ever caught on tape. 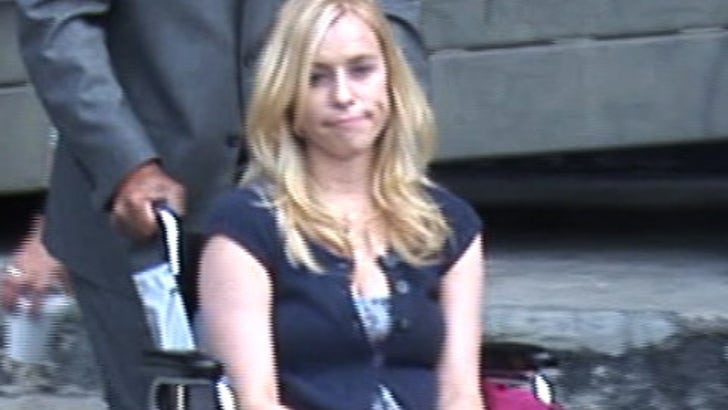 Bound to a wheelchair and still in a world of pain, Crawford went face to face with the driver Heather Auger in Los Angeles County Superior Court today for a preliminary hearing. The case was continued until September, and while Lucy filled us in on her situation, Auger quickly fled the scene -- again.