TMZ now has details of what went down between Hayden Panettiere's mom and dad before daddy was busted for allegedly striking mommy, and we have video of the mother arriving at the party just hours before the incident. 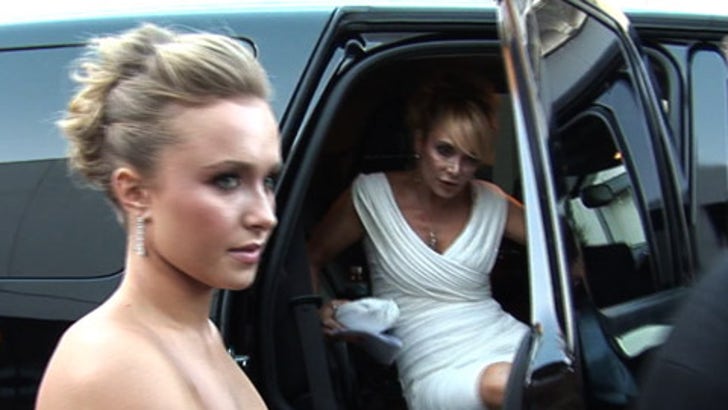 Law enforcement sources tell TMZ Alan and Lesley Panettiere were at a party earlier in the evening. We're told Alan was upset because Lesley was "hanging" with someone at the shindig and he felt she was "disrespecting" him.

Sources say, according to Lesley's statement to Sheriffs, the couple went home, began arguing and he struck her in the cheek. We're told cops took pictures and there are visible marks.

Paramedics advised her she should go to the hospital but she refused. Alan did not give a statement to the police. It's unclear if any of their kids were at the house at the time of the incident.

TMZ shot this video of Hayden and Lesley arriving at Eva Longoria's restaurant, Beso, for the party last night, both looking ridiculously hot.