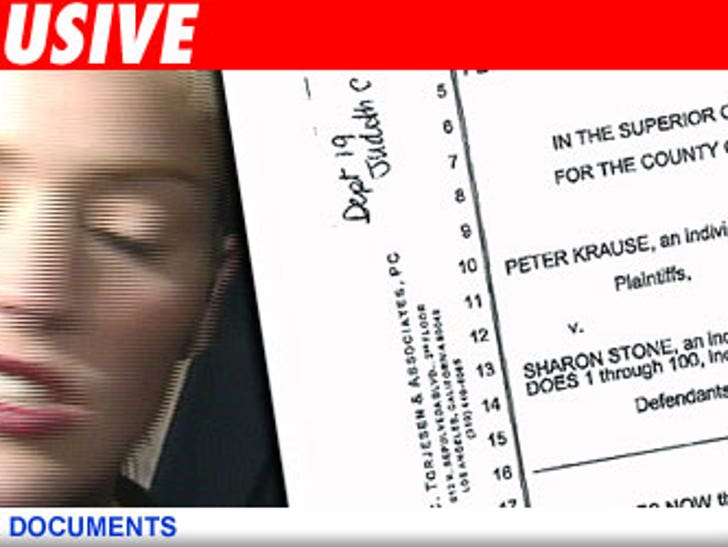 Sharon Stone is getting sued -- and not by a billion Chinese people. 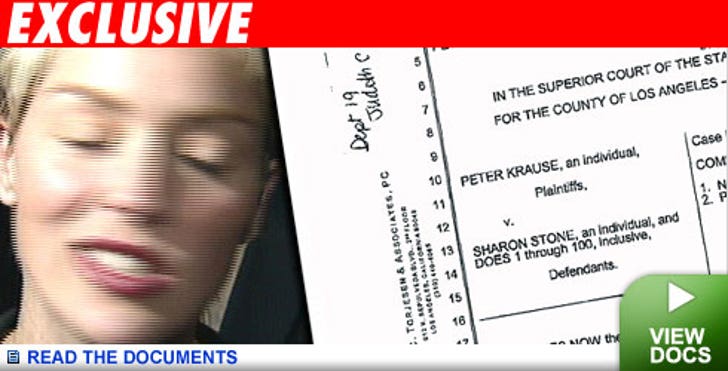 The "Sliver" star is being sued by a man named Peter Krause (not the "Six Feet Under" star). According to court documents, Krause says he fell "down a large, concealed drop-off" while at Stone's house back in 2006. He claims he suffered "numerous internal injuries, severe fright, shock, pain, discomfort and anxiety." It's like he watched "Basic Instinct 2" on repeat!