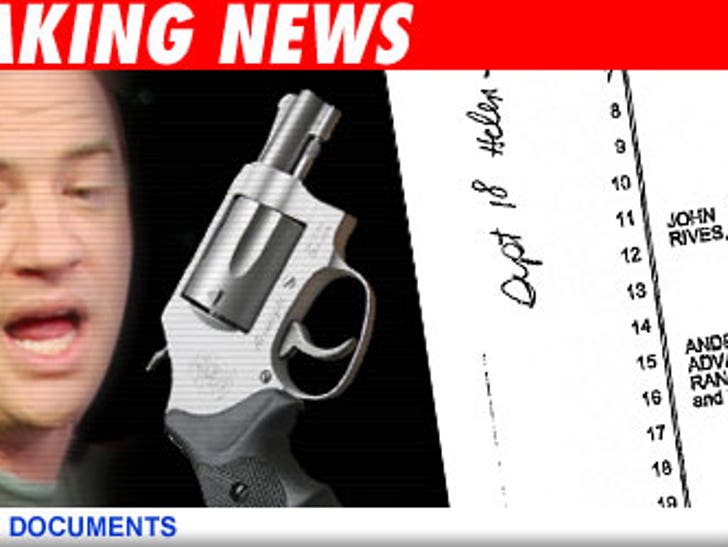 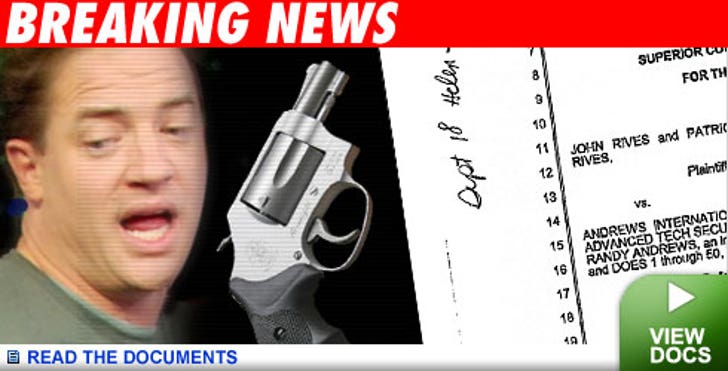 A dude and a chick have filed a whistle blower lawsuit in L.A. County Superior court, claiming they got the boot after complaining the owner of Andrews International Training Center in Burbank allowed his buddies, including Brendan, to shoot leaded ammo on the firing range, in violation of permits issued by the City.

Calls to his agent went unanswered, because he's fleeing for his life ... just kidding.

John and Patricia Rives say they were hired in 2003 to manage the firing range and make sure it was kept lead-free. In their suit, they say range owner Randy Andrews allowed friends and family members to shoot leaded ammunition after hours because it was cheaper than the lead-free stuff. They allege, "Between 2006 and 2007, violations continued at the range and [they] continued to complain ... The last incident occurred in July 2007, when [another range employee] allowed Hollywood actor Brendan Fraser to utilize machine guns at the range using leaded ammunition." They claim they specifically told a movie studio gun wrangler with Fraser at the time to use the unleaded stuff, but were told he had permission from the boss because "it was cheaper and worked with these types of guns."

After Brendan had his shoot-em-up fest with a machine gun, the suit says Fraser "actually complained about the smoke and he was warned to wash his hands, face and clothing before returning home."

John Rives also says he complained about blood test results showing he had elevated levels in his blood, but then was fired in 2007.

They are seeking unspecified damages.