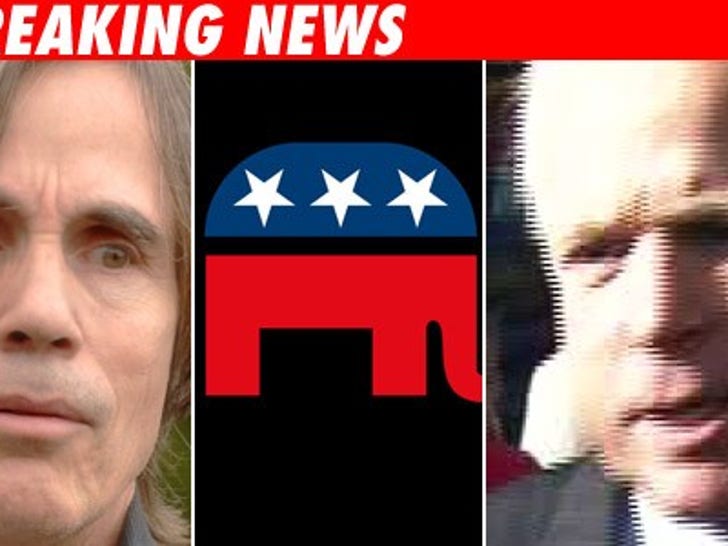 Guess elephants have some serious short-term memory issues! Everyone knows singer Jackson Browne is a serious liberal, everyone except, apparently, John McCain. Now Browne is fighting mad and has filed suit against McCain and his party, alleging they falsely suggested he was on their side. 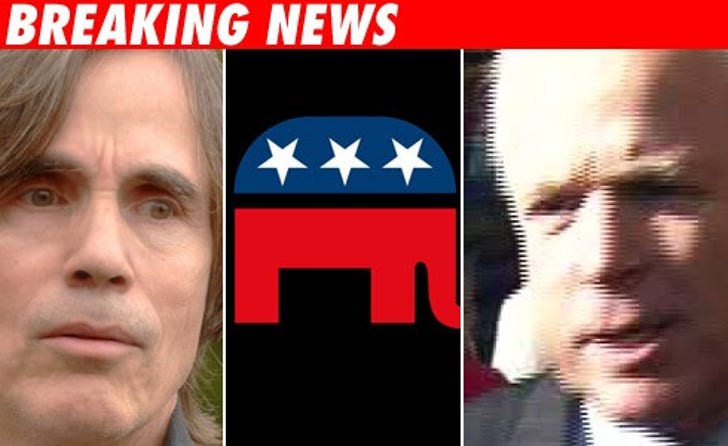 Browne claims the GOP used his epic hit "Running on Empty" in an ad for McCain without his permission, adding that the ad mocks Barack Obama, which Browne ain't none too happy about.

The suit wants the ad to stop running -- STAT -- and is seeking damages. Browne's lawyer Lawrence Iser says this ain't the first time McCain has done this -- he did it with ABBA's "Take a Chance on Me" and well-known Democrat John Mellencamp's song "Pink Houses." Iser says "In light of Jackson Browne's lifelong commitment to Democratic ideals and political candidates, the misappropriation of Jackson Browne's endorsement is entirely reprehensible."

McCain's rep Tucker Bounds shoots back "This was not a McCain campaign ad, but rather a local state Republican party ad. It is clear that the suit was mis-filed by an overeager Barack Obama supporter and it's 'running on empty;."