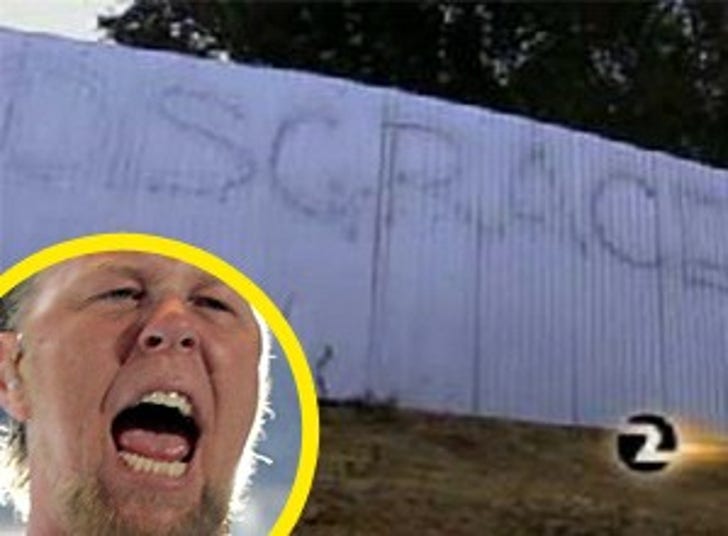 No dirty, nature loving hippie is going to hike in James Hetfield's backyard -- but the fence he built to keep them, and everybody else, off his property is really pissing off the locals.

Several hikers and cyclists up in Northern Cali have their spandex in a wad because the Metallica frontman has blocked access to a hiking trail by erecting a 10-foot high fence around his property.

According to KTVU, the rockstar supposedly built the barrier to stop vandalism on his newly purchased land (on which the trail runs through) -- but the fence itself has since been vandalized with the words "shame" and "disgrace."