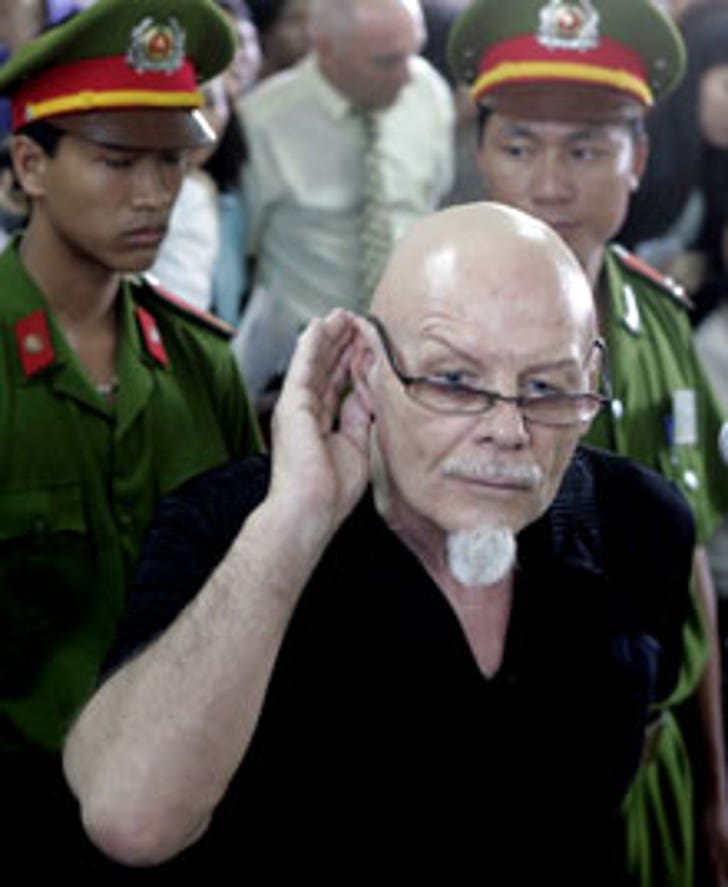 Convicted pedophile Gary Glitter is in terminal condition -- he refuses to get on a plane to get shipped back to the UK, but Thailand doesn't want the perv in its backyard.

So Glitter is now sitting in an airport lounge in Bangkok and Thai cops sound like they're going to force him on a plane back to London whether he likes it or not. "We are barring entry to Paul Francis Gadd [Glitter's real name] and will be deporting him ... even if he does not wish to board the plane," said the po-po.

Glitter claimed a heart condition prevented him from flying -- but as of this morning he's been cleared to clear out.