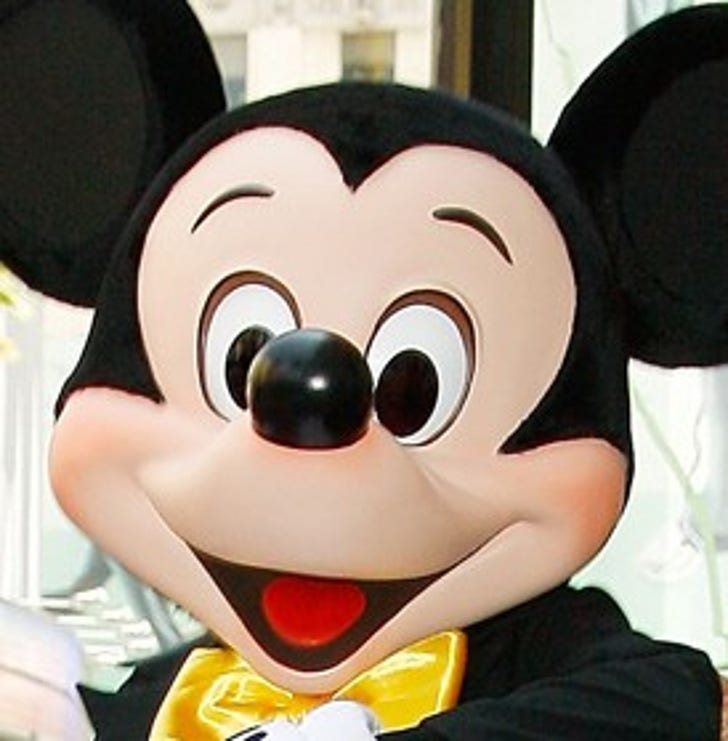 The rodent has higher name recognition than Prez Bush -- 97%. It's like Oprah with a tail. The image alone is worth $3 bil to Disney, the company that sues when anyone even smells a rat. But Walt Disney could be losing it's claim to the creature.

The L.A. Times has published a really interesting story about Mick's copyright. Back in 1929, Disney released its first synchronized sound cartoon called "Steamboat Willie," featuring Mickey with longer arms and smaller ears than the 2.0 version.

On the title card to the toon, it says, "A Mickey Mouse sound cartoon. Steamboat Willie. A Walt Disney Comic By Ub Iwerks. Recorded by Power Cinephone System."

So here's the deal. There's buzz now that Disney may not own the copyright. It could be rightly held by the heirs of Ub Iwerks, the big honcho cartoonist at Disney at the time. Or it could be owned by Power Cinephone System. Apparently, it's not as clear as Walter would want you to think.