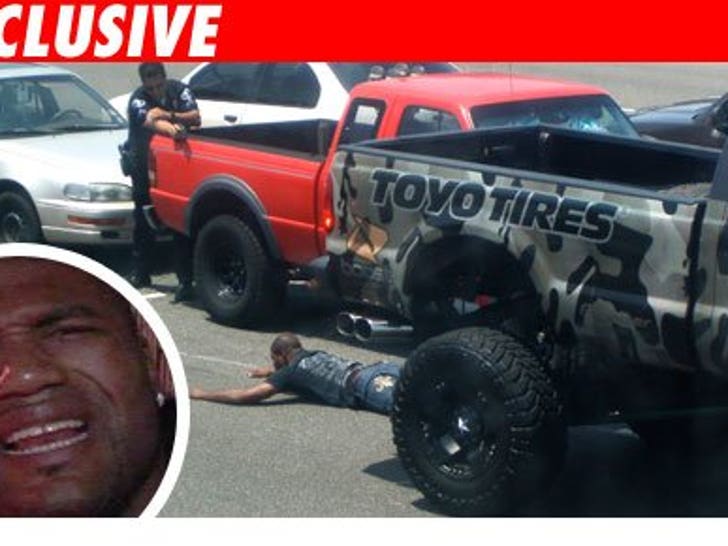 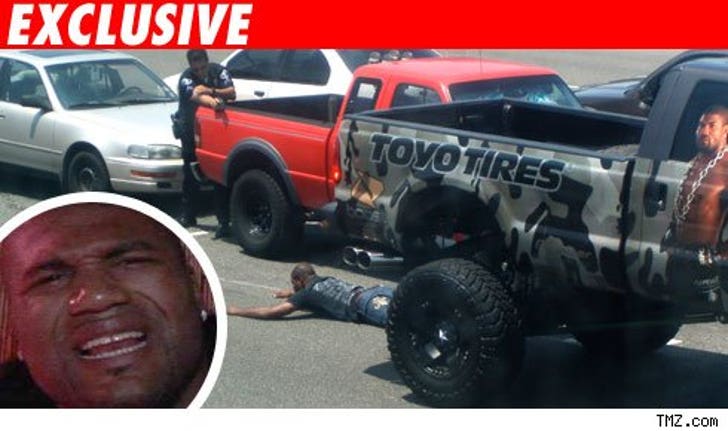 The Orange County District Attorney has charged Rampage with one felony count of evading while driving recklessly, one felony count of evading a peace officer, three misdemeanor counts of hit and run, and one misdemeanor reckless driving. You'll recall Rampage was driving a monster truck with a huge image of himself plastered on the side (always a bad move when you're evading police) when he allegedly struck two cars on a freeway, hit another car on a surface street and sent pedestrians scurrying for their lives.

Now, shock of shocks. He was NOT charged with DUI. And, a few days after the incident, a pregnant woman in the car he hit on the freeway lost her baby, but Rampage was not charged for that after an investigation revealed that the miscarriage was unrelated to the accident.