When a cop tells you to move, you probably should move. 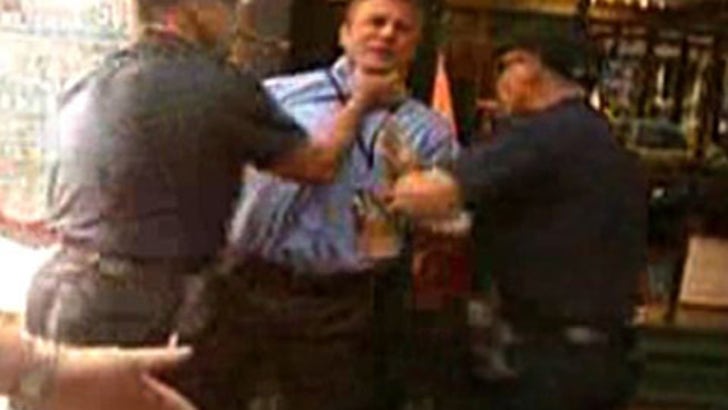 Instead, the man in this video -- an ABC News producer in Denver for the convention -- told the officer, "Hold on." Not a smart move.

The cop didn't take too kindly to that and took it upon himself to move the producer himself. After the cop pushed him into the street, he then told the producer, Asa Eslocker, he was blocking traffic. According to ABC News, things eventually got heated and Eslocker was arrested and charged with trespass, interference and failure to follow a lawful order.