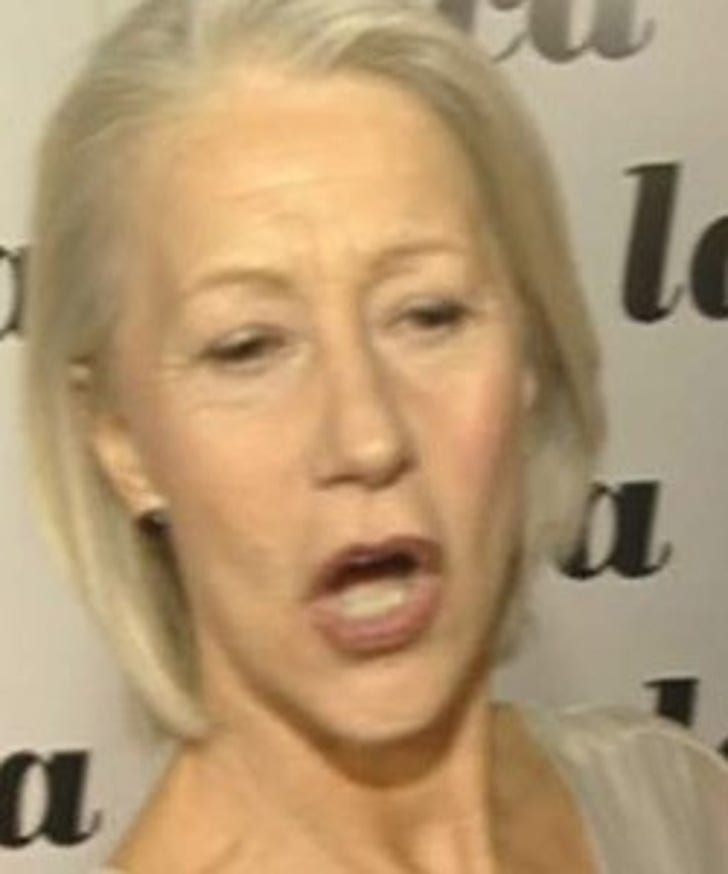 This will raise some eyebrows. Helen Mirren says she's been the victim of date-rape before, but if a woman says no at the last second, don't go whining your way into court.

CNN.com got a copy of a GQ story that's about to be published, in which Mirren calls date-rape a "tricky area," something best worked out between the parties.

Mirren says if a couple is heavy into sexual activity and the woman says "no" at the last second, technically it's rape, but, "I don't think she can have that man into court under those circumstances. I guess it is one of the subtle parts of the men/women relationship that has to be negotiated and worked out between them."

UPDATE
: Mirren's rep issued the following statement: "Helen Mirren does not dispute the accuracy of statements attributed to her in an upcoming GQ article. She merely asks that people read the article in its entirety before drawing conclusions. If they do that, she says, their conclusions will likely be far less sweeping and sensational than those drawn by some in the popular press. She does not wish to qualify any of her remarks. She just wants to avoid having them presented in inflammatory language."