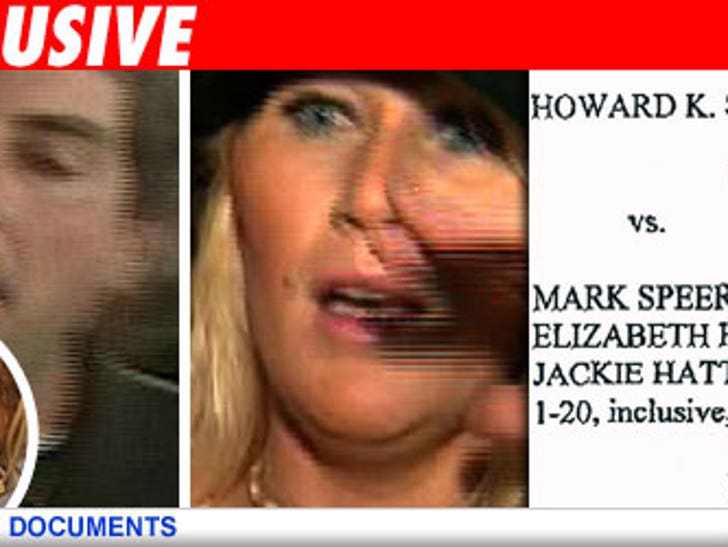 Howard K Stern says he smells the two rats who allegedly concocted lies and fed them to Rita Cosby in her tell-all book -- and the rodents are Jackie Hatten and Mark Speer, Larry Birkhead's former bodyguard. 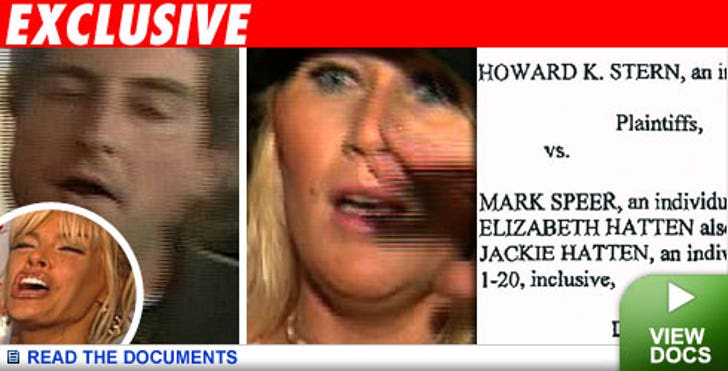 TMZ has obtained a copy of a defamation lawsuit Stern just filed in L.A. County Superior Court. He claims Hatten -- the sister of Anna Nicole Smith's crazy ex-con ex-boyfriend Mark -- fed lies to Cosby, including the one that Stern gave lip service to Larry B ... in a Paris Hilton kind of way. Cosby's already been sued for publishing the allegation ... et tu, Jackie.

And there's more ... Stern is also suing Mark Speer, the dude Debra Opri hired to bodyguard Birkhead. Larry fired Speer, and Stern claims the scorned heavy then made up lies, which he spoon fed to Cosby. The alleged lies include claims that Stern was stealing money from Anna and striking back door deals with Birkhead over Dannielynn.

Stern is suing Hatten and Speer for unspecified damages.