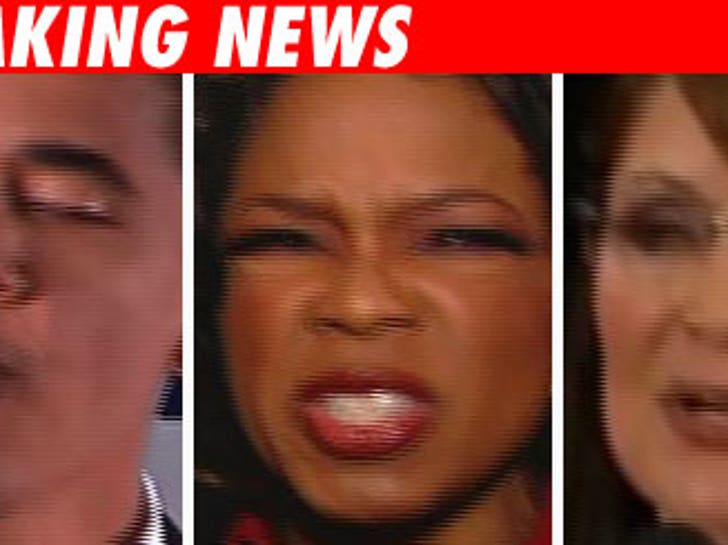 There is a war brewing behind the scenes at the Oprah Winfrey show, one that could force Oprah to break her allegiance with Barack Obama -- so Sarah Palin can get some face time. 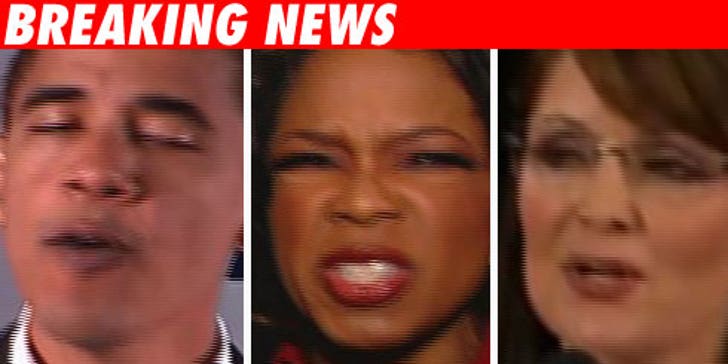 According to the DrudgeReport.com, members of Oprah's sharply-divided staff are putting serious pressure on the talk show queen to book the first woman on a Republican ticket -- but not everybody is on-board.

A Winfrey insider tells Drudge, "Oprah's website is getting tons of requests to put her on, but Oprah and a couple of her top people are adamantly against it because of Obama."

But after Sarah's star-making coming-out party, how can Oprah NOT book her? Decisions... decisions...