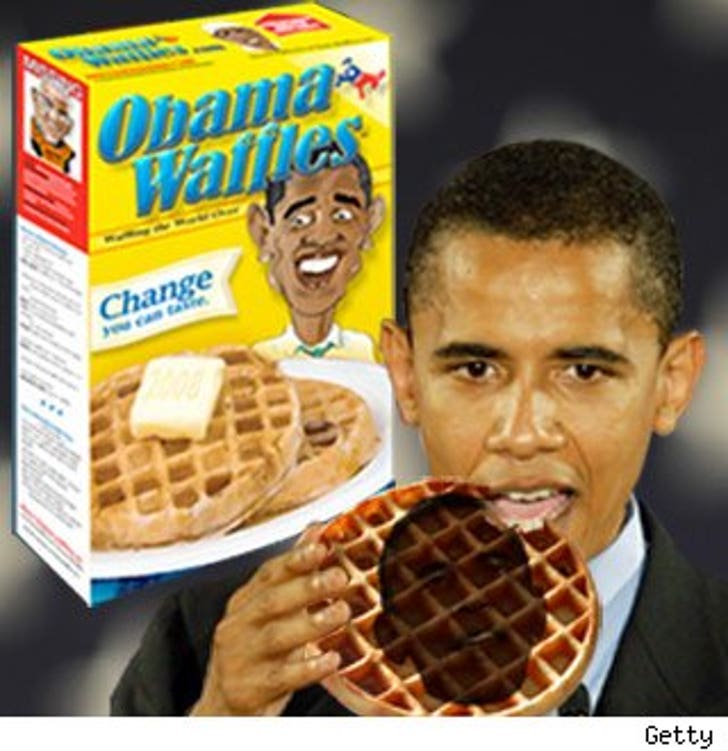 In a so called "political satire," makers of a waffle mix showcasing Barack Obama have many calling it a racial stereotype that goes waaay too far.

The offensive material includes such gems as Obama wearing an Arab-like headdress on the top flap of the box, while the back of the box depicts Barack in stereotypical Mexican dress. The recipe includes a tip: "While waiting for these zesty treats to invade your home, why not learn a foreign language?"

The men who created the controversial Obama Waffles sold their lack of genius for $10 a box during the Values Voter Summit in Washington, D.C. this week. Organizers have since cut off sales, saying they had not realized the boxes displayed "offensive material."

Barack Obama You Might Want to Rethink Prez Election 2008