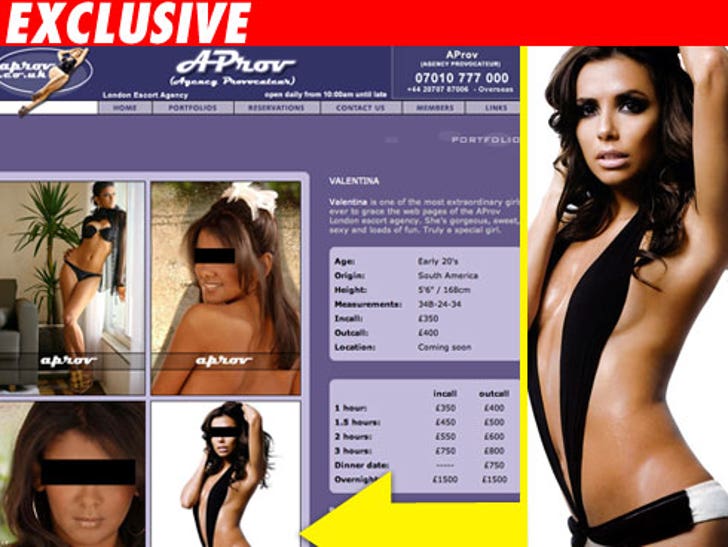 You don't need to be Tony Parker to have a night with Eva Longoria. You just need three grand ... or so it seems. 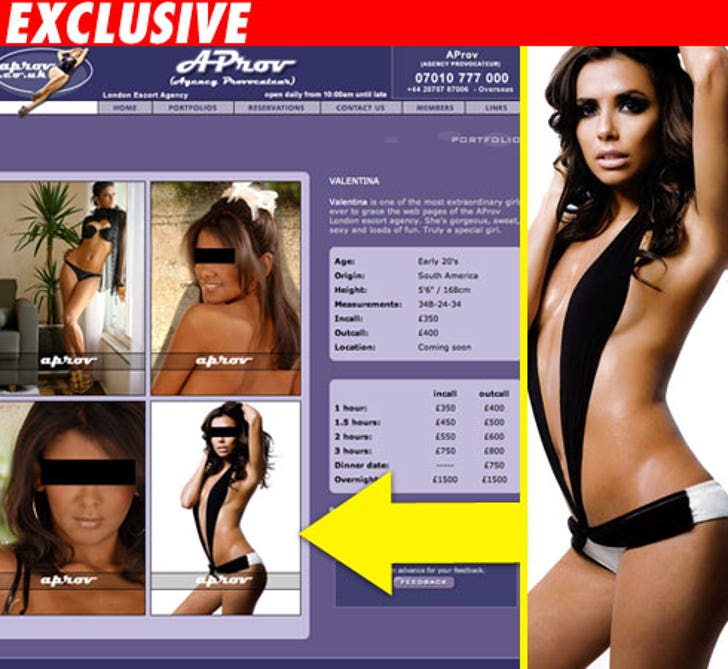 A British escort agency is pimping out a working girl named Valentina on their website (1500 pounds for an "overnight" visit). The problem -- in the photo Valentina uses to advertise herself, she looks a helluva lot like Eva Longoria ... because it is Eva Longoria. In fact, the same photo appears on several Eva Longoria fansites.

When asked for comment, the nice lady at the escort agency said she didn't know Eva, but was happy to hook us up with Valentina. We called Eva's people, but nothing yet.

UPDATE: Apparently the agency wasn't quite that desperate: After we called on the story, they switched out the offending photo. But get this: They're still selling "Valentina" as Eva-like, just in words, not in pics.