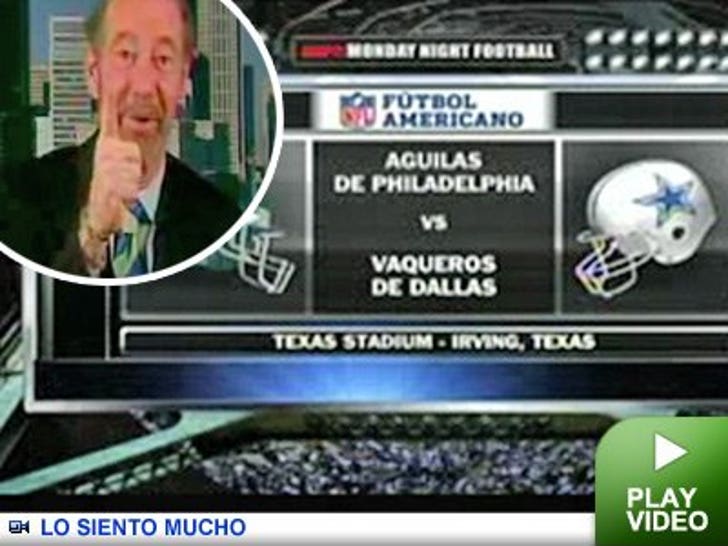 Last night's "Monday Night Football" game was an offensive showcase -- as in one of the announcers offended the Latino community. 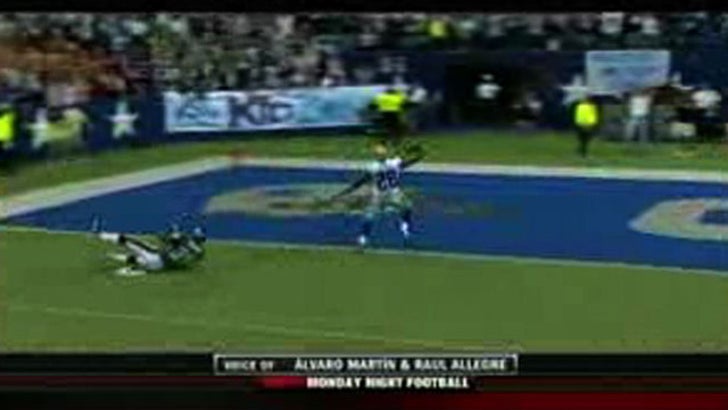 To celebrate Mexican Independence Day, ESPN replayed one of the game's highlights with audio from the Spanish-language broadcast. After the clip, "MNF" announcer Tony Kornheiser commented, "I took high school Spanish and that either means that nobody is going to touch him or 'Could you pick up my dry cleaning in the morning?'"

Two hours later, Kornheiser vehemently apologized for the comment, saying, "It wasn't my first mistake, it undoubtedly won't be my last ... but a 100% apology."