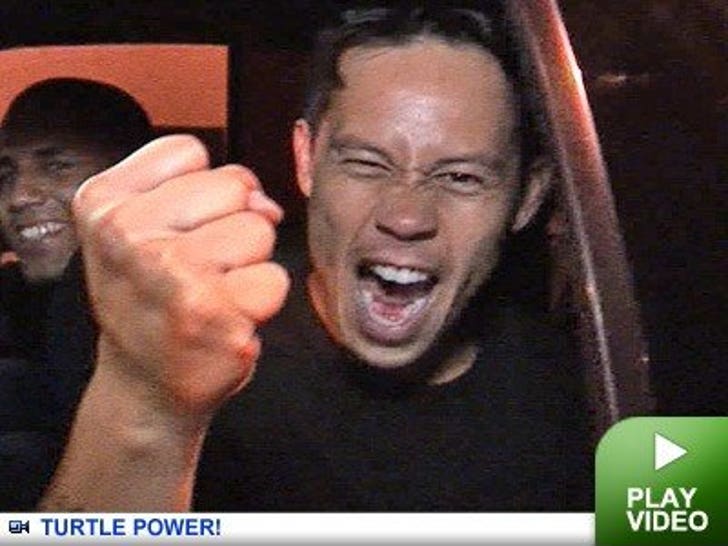 It's been 17 years since he laid the smack down on the Shredder, but last night in Hollywood, Ernie Reyes Jr. -- the dude from the original Ninja Turtles movies -- was still out for some Foot Clan blood. 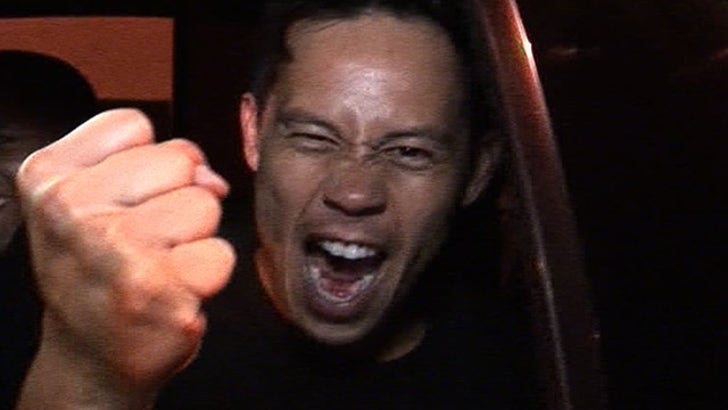 FYI -- Ernie played Donatello (during the fight scenes) in the first flick before taking on two giant evil muppets named Tokka and Rahzar as Keno in "Secret of the Ooze."