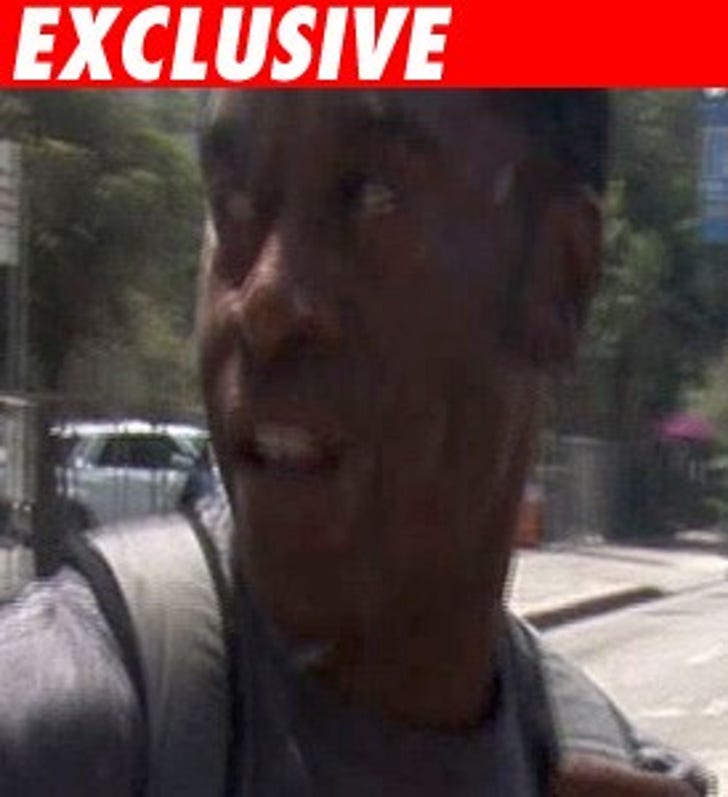 Don Cheadle's been robbed ... out of a chance to serve as a proud member of an L.A. County jury.

We first spotted Cheadle this morning at the Criminal Courts Building in downtown L.A. He was in the jury assembly room -- on the floor with his eyes closed! Don left for lunch and when he returned he was sent to a courtroom as a potential juror in an auto burglary case.

The attorneys began firing questions at Cheadle. Was he ever the victim of a car break-in? He said his GF had her car broken into six months ago in Santa Monica. Don said they filed a police report, but "not a lot of follow-up." Snap.

Then he was asked: Any negative experiences with law enforcement? Don said in the 80s, during the gang crackdown, he was stopped by cops for no reason five or six times. Cheadle said when he was pulled over, cops recognized him and let him go.

Cheadle said he couldn't serve because he had a meeting with his surgeon on Friday but he couldn't say why because TMZ was in the courtroom. That was good enough for the judge -- she gave him 30 days to deal with it but then he's coming back.