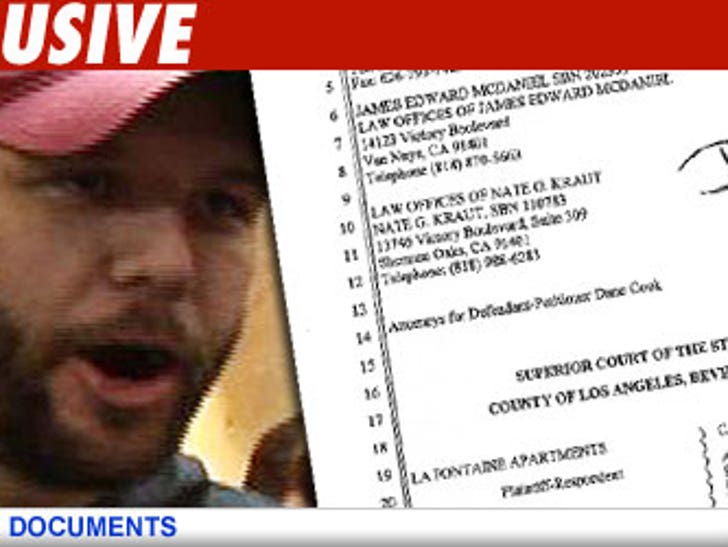 Dane Cook is dragging the ghosts of John Belushi and Steve Martin into a nasty legal battle over dog poop -– despite the fact that one of the comics isn't even dead yet! 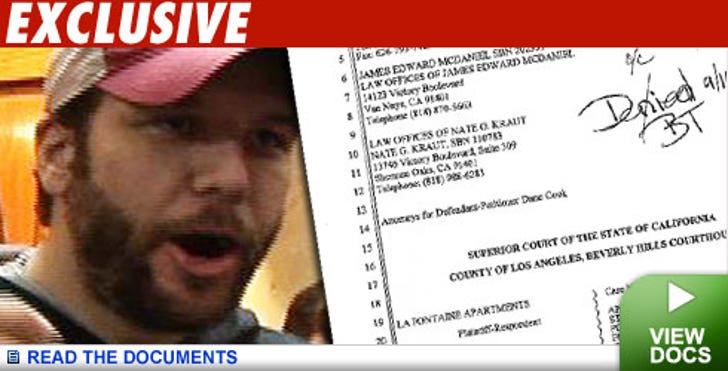 After a judge ruled to evict Cook from his Hollywood apartment last month because nobody picked up after the comic's crap-happy dog, Dane has decided to fight the decision with one of the most bizarre legal arguments we've ever heard –- that Belushi and Martin's supernatural leftovers have a serious affect on his career.

Cook claims he only rented the apartment in the first place because his heroes, Belushi and Martin, used to live in the same complex back in the day, and according to the court docs filed in L.A. County Superior Court, he would suffer serious "mental and emotional" damage -- and his career would crumble -- if he was forced to leave. In the docs, Cook claims, "I know that the presence of those that have lived there before me affects me deeply and provides me with inspiration."

Cook went on to say, "In the same way that writers can get writer's block, comedians can really easily run out of ideas and 'stories'; I am extremely frightened that this will happen to me if I am forced to move out of my apartment. I've seen it happen to other comics, that something interferes with their connection to their creative muse, and it's destroyed careers."

In the three pages of desperate begging and pleading for the judge to hear his appeal, Cook also adds that he will cut a $40,000 check to the owner of the apartment ASAP to cover all of the suffering that his dookie-droppin' doggie has caused, if he is allowed to stay.

No word if Cook channeled Belushi to pen this appeal -– but it did smell suspiciously like a bottle of Jack Daniels.