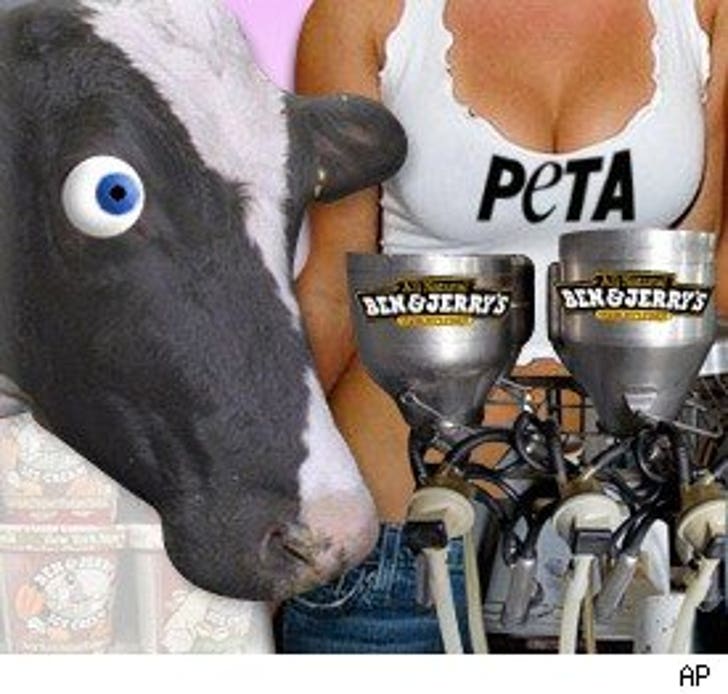 PETA has sent a letter to the co-founders of Ben & Jerry's Ice Cream urging them to replace the cow's milk they use in their products for, ahem, human breast milk.

PETA claims human breast milk would cause less suffering for dairy cows and would make a healthier choice for humans. For their part, Ben and Jerry's say they applaud PETA's novel approach -- but believe a mother's milk is best for her child only.

Think of it this way ... Bristol Palin and Jamie Lynn could use their new motherhood for lucrative afterschool jobs!