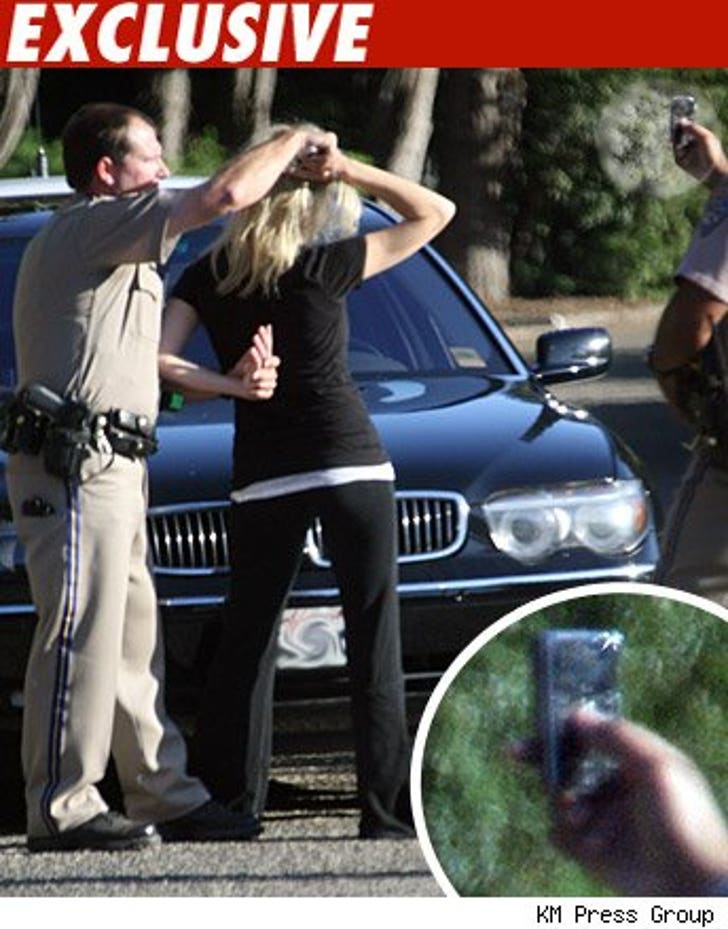 Take a look at the CHP officer on the right, taking a picture of Heather Locklear on his cell phone just before she gets cuffed.

It's not a CHP cellphone -- the Department tells TMZ it's owned by the officer. So, you ask, why is the officer taking pictures of Heather Locklear on his personal cell phone? Officials in the Santa Barbara CHP office say he was documenting the scene with video and photos -- partly for evidence and partly to protect the officers in case Heather claims some sort of impropriety.

The officials say the video and photos are being turned over to the D.A.'s office as evidence and nothing was improper about the officer using his cell phone to document the arrest. But we spoke with several others at CHP who say officers shouldn't be using their personal cellphones, especially when a celeb is the suspect.