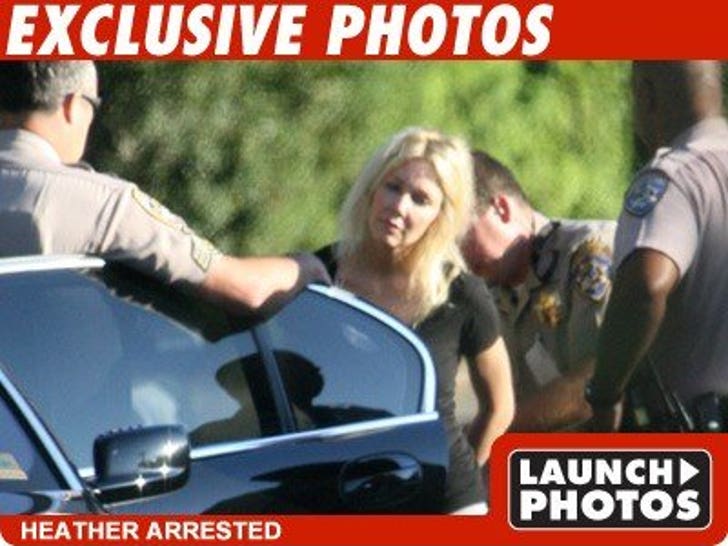 TMZ has obtained photos of Heather Locklear's DUI arrest on Saturday near Santa Barbara. The actress looks somewhat dazed as she's taken into custody. But after taking a closer look, she could have an interesting defense. 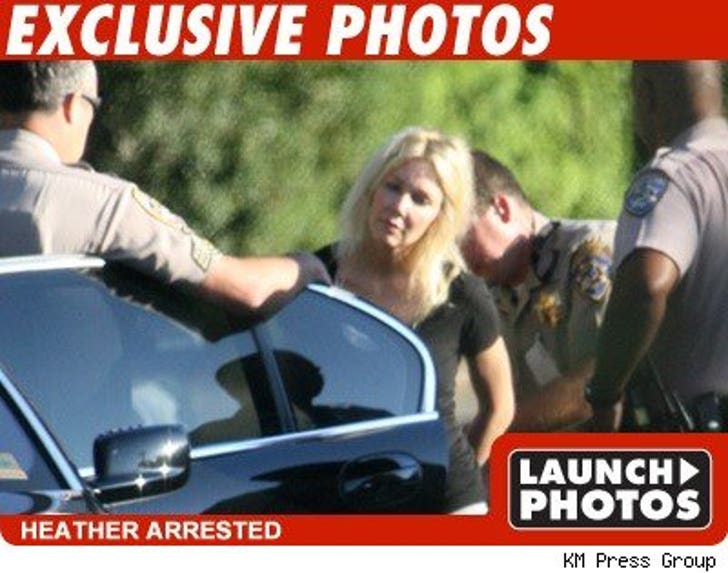 A resident called authorities after allegedly seeing Locklear driving "erratically" in a parking lot. But the CHP didn't see her driving -- she had pulled over on her own accord before they got there. There are reports she was arrested for driving under the influence of prescription medication -- but we're told the tests are still being analyzed. As we posted yesterday, no alcohol was involved.

The bottom line -- Locklear has a lawyer with a Ty Cobb batting average, Blair Berk. Especially given that deputies apparently didn't see her driving, look for a plea bargain and very possibly a reduced charge -- e.g., reckless driving.

By the way, check out the huge rock on her finger. She was apparently staying at the San Ysidro Ranch in Montecito with Jack Wagner.