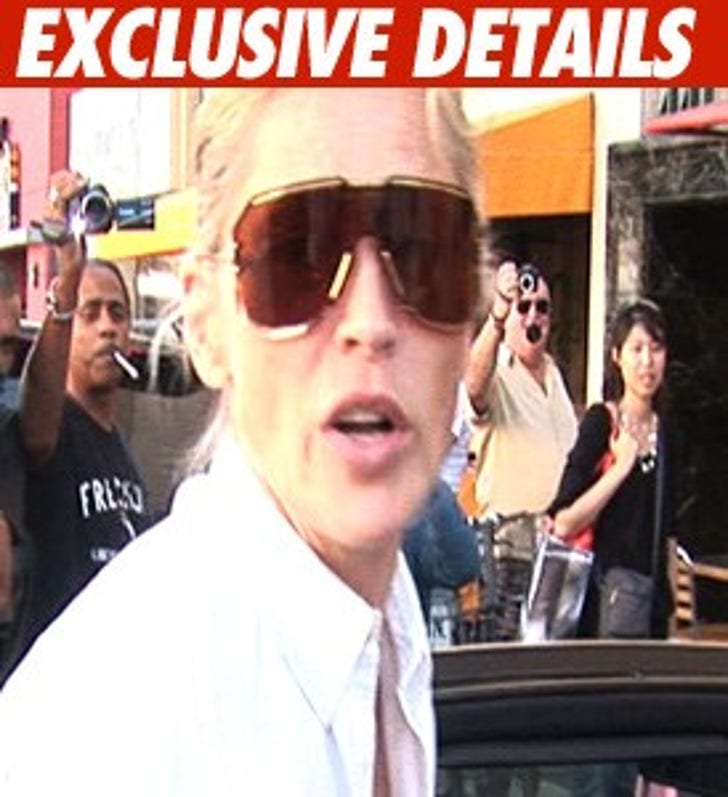 Sharon Stone is an alarmist parent who has gone off the deep end over and over, according to the judge who rejected her request to move her son down to L.A.

The court has released what it calls the "Tentative Statement of Decision." It is a highly sensitive document, which outlines a bitter, ongoing battle between Stone and ex-husband, Phil Bronstein.

Among many things, the judge says, "Mother appears to overreact to many medical issues involving Roan." In one case, the judge describes Stone believing Roan had a spinal condition, but "there was no evidence to support this allegation."

And then the court says, "Another example of an overreaction is that Mother suggested that Roan should have Botox injections in his feet to resolve a problem he had with foot odor. As Father appropriately noted, the simple and common sense approach of making sure Roan wore socks with his shoes and used foot deodorant corrected the odor problem without the need for any invasive procedure on this young child."

The judge differentiated very distinctly the difference between Bronstein and Stone, saying, "Father has championed for Roan's well-being out of, what appears to this Court, nothing less than the unconditional love for his son. Unfortunately, and for unexplained reasons, it appears that Mother did not involve herself to the extent she could or should have in this process ... Mother has attempted to put up roadblocks to Roan's getting help, or has decided against participating in his care."

The judge goes on: "Unfortunately, the problem caused by Mother's overreactions is painfully real for this child."

There are many other specifics that we won't publish.

The judge says at one point, responding to Stone's argument that she put her career on hold for Roan, "If Mother has, in fact, limited her career to make herself available for Roan, she has done little to make this evident to Roan, his school or this Court."

A call to Stone's rep was not immediately returned.