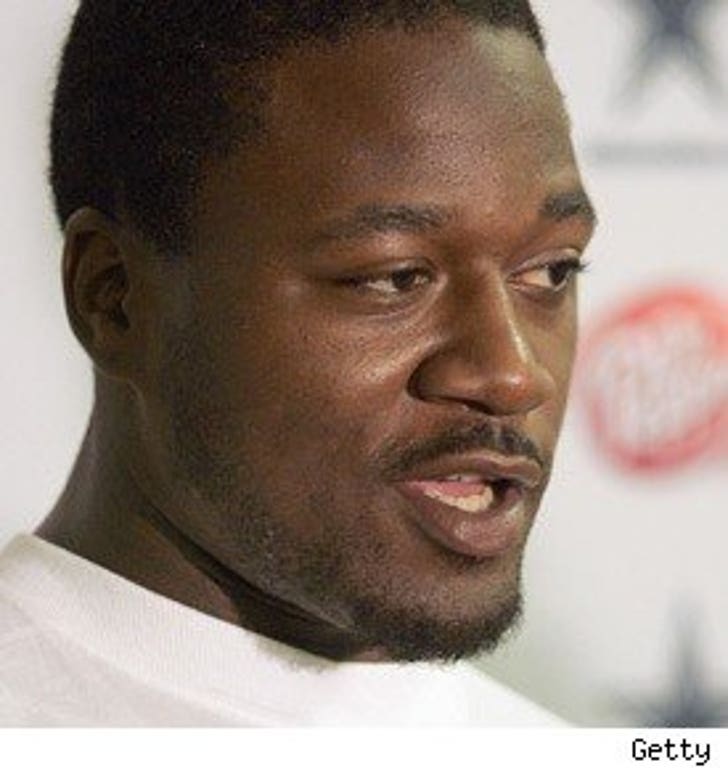 Dallas Cowboys cornerback Adam "Pacman" Jones was allegedly involved in a violent altercation at Dallas hotel -- after just completing a one-year suspension from the NFL for the same kind of stupidity.

Pac allegedly got into a brawl with one of his own bodyguards -- a bit bass ackwards, no? -- in the bathroom of the Joule Hotel on Tuesday night. The fight had to be broken up by hotel security, according to KTXA in Dallas.

No police reports were filed, but KTXA also claims a mirror was broken and Pacman jetted on his hotel bill.

The Joule offered up a "no comment" -- the Cowboys have yet to get back to us.

UPDATE: A high-ranking team official says an internal investigation was conducted, and found Pacman was not in violation of his contract.