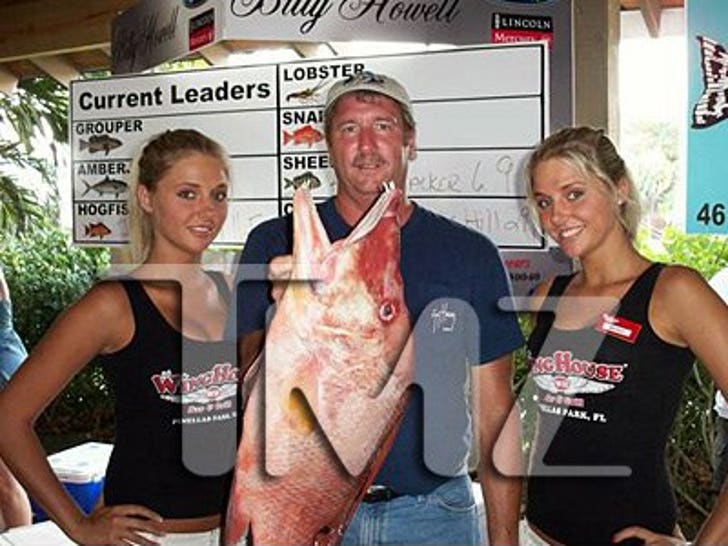 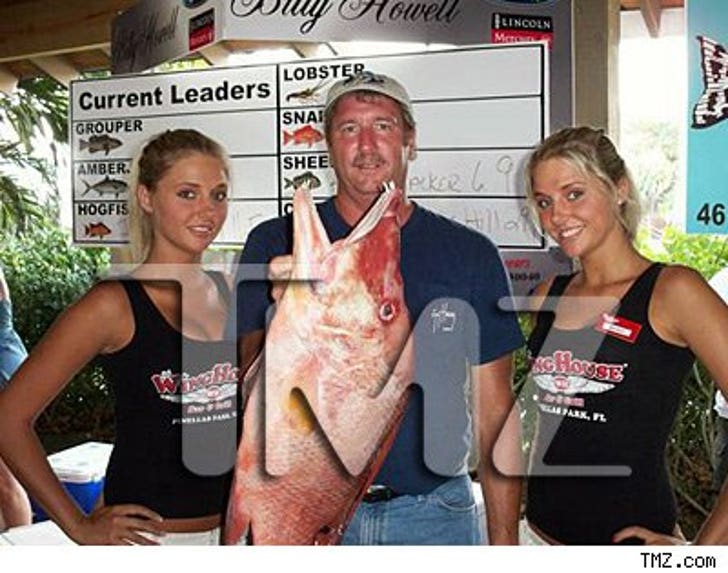 Just one year before they found their 82-year-old meal ticket and moved into the Playboy Mansion, 19-year-old twins Karissa and Kristina Shannon, were attached to a colder, deader creature -- this prize winning red snapper! The Shannons were obligated to pose with a winner of a spear fishing tournament in Florida back when they were working at a Wing House restaurant (think Hooters with better wings).

FYI -- Hef's not into red snapper ... he's all about the yellowtail.

UPDATE: Thanks to TMZ's loyal following of fishermen fans, we've learned the fish in question is not a Red Snapper, but rather a Hogfish. Our sincerest apologies.

ONE MORE THING: The comment about the wings was based on the opinion of the one guy in our newsroom who has actually been to Wing House. Our sincerest apologies to Hooters fans.