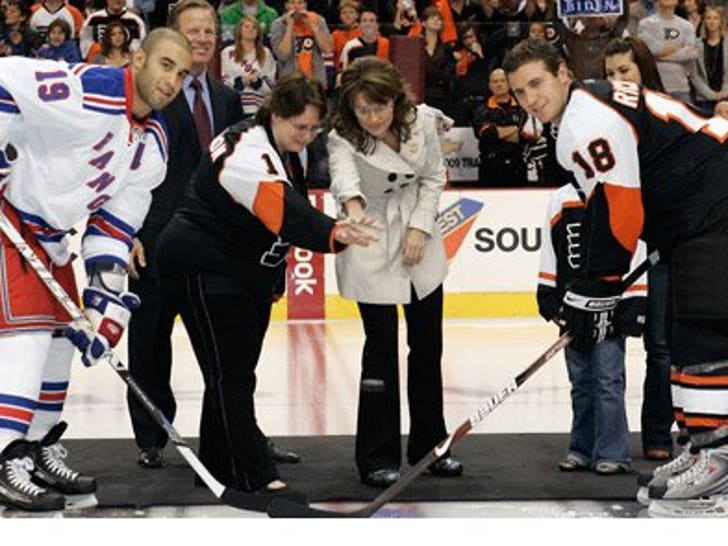 It probably sounded like a safe bet at the time: Self-pronounced hockey mom Sarah Palin dropping the puck amongst peers at a Philadelphia Flyers game. Her campaign manager should've been more informed about Philly fans. 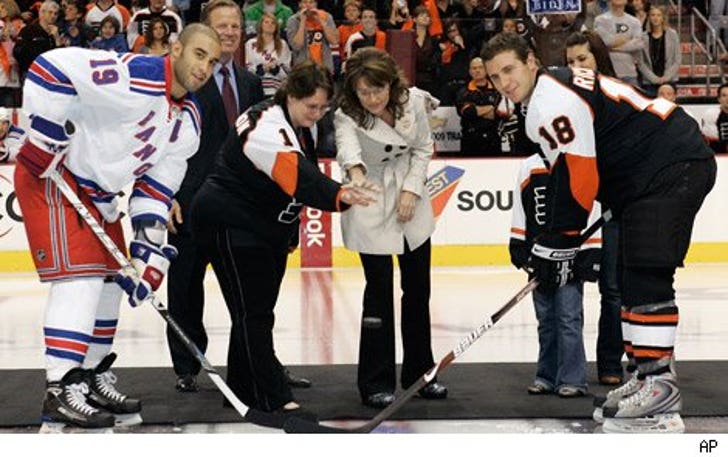 Just for knowin's sake, Philadelphia fans are legendary for being the most brutal in all of sports -- they once booed Santa Claus during an Eagles half-time show. But cut to last night when Sarah skated into the Flyers' stadium to drop the ceremonial puck -- only to be greeted by a split of boos and cheers.
Politics really brings the best out in people.