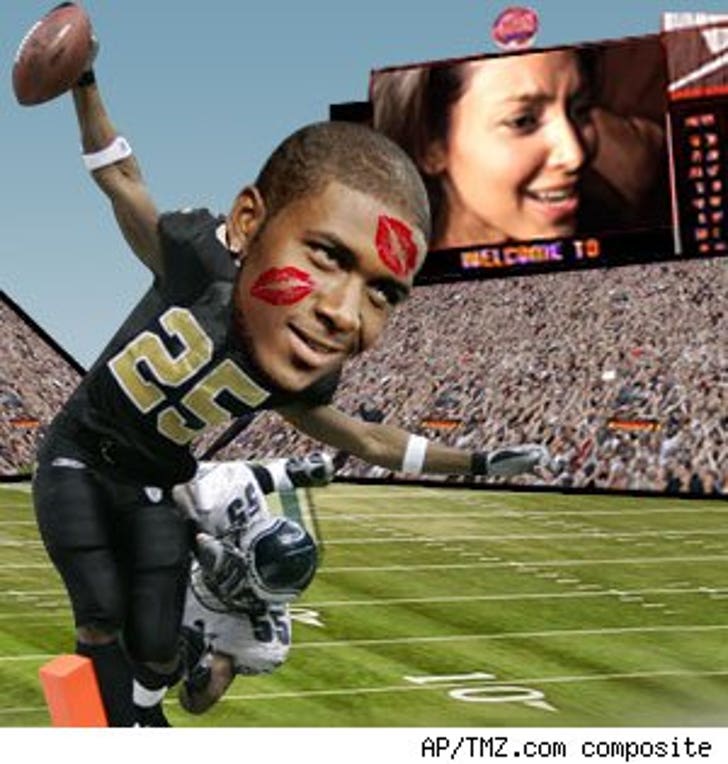 There's a reason NFL star Reggie Bush has been tearing it up in the field lately and it all has to do with where Kim Kardashian decides to park her incredibly important derriere.

In the three New Orleans Saints games Kim has attended this year (including yesterday's game against the Raiders), her man tied an NFL punt return record, set his season high receiving mark and scored 5 of his 8 TDs. Take that Jessica Simpson!! (**cough, cough, jinx, cough**)

And get this -- right after Reggie racked up another 2-TD game yesterday, Saints coach Sean Payton gave Kim a big hug. He did the same thing last week when Bush broke off two electrifying punt returns on Monday Night Football.

Saints Nation has caught on too -- we hear the fans are chanting her name at home games. If only they watched "Dancing with the Stars."