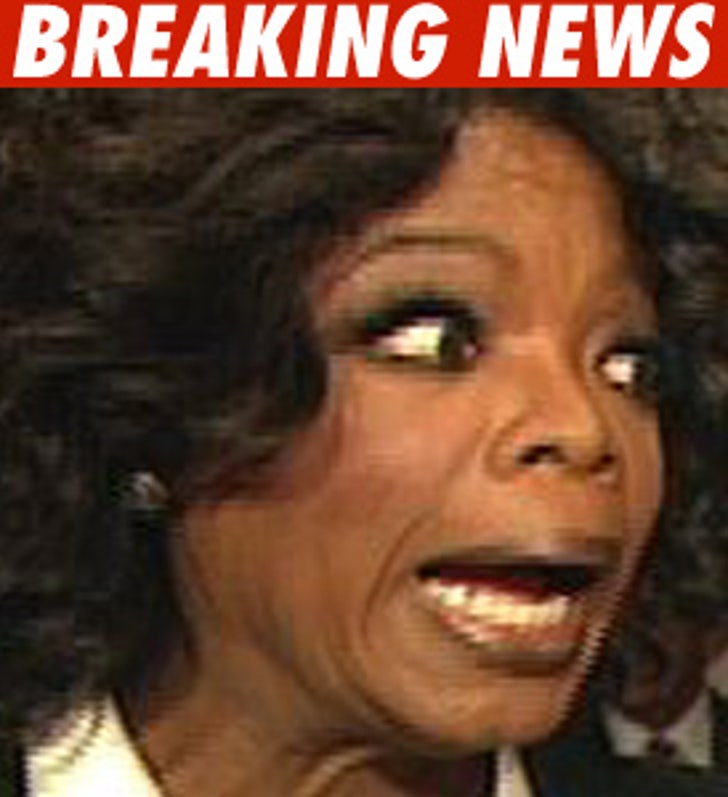 If you're gonna sue Oprah WInfrey, go big or go home -- and one man just went real big. As in $180 million big.

First things first -- Keifer Bonvillain was arrested two years ago after allegedly recording conversations he had with an O employee and then shopping the tapes around to publishers and tabloids.

The Feds ended up dismissing the case against Mr. Villain on the grounds he perform 50 hours community service, undergo drug testing and pay back $3,000 he took from a company looking to meet with him over the tapes.

Fast forward to the present, when Keifer filed the $180 million lawsuit claiming Oprah and an attorney made false statements that led to his arrest.

Chip Babcock, Oprah's lawyer, told TMZ, "The whole incident started when the plaintiff (Keifer) wiretapped one of Harpo's California employees. We advised him this wiretap was illegal, and now we're gonna get the chance to determine whether we were right or not."