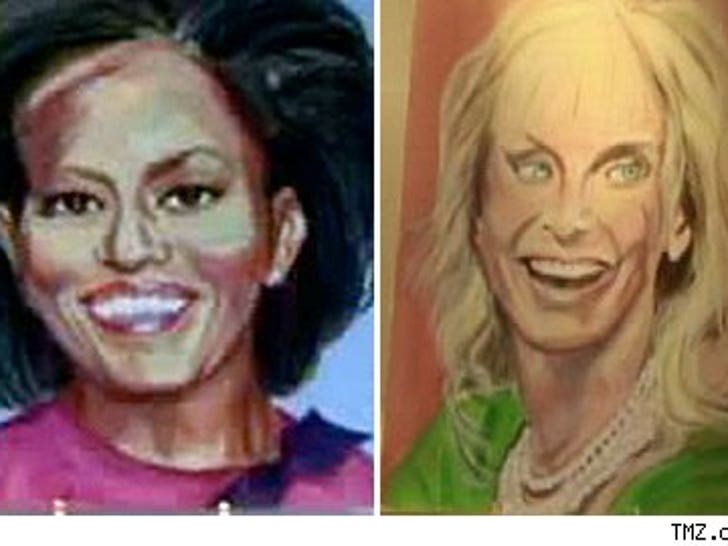 There's one store potential First Lady Cindy McCain may want to think twice about before dropping any of her beer heir millions ... Barneys New York. 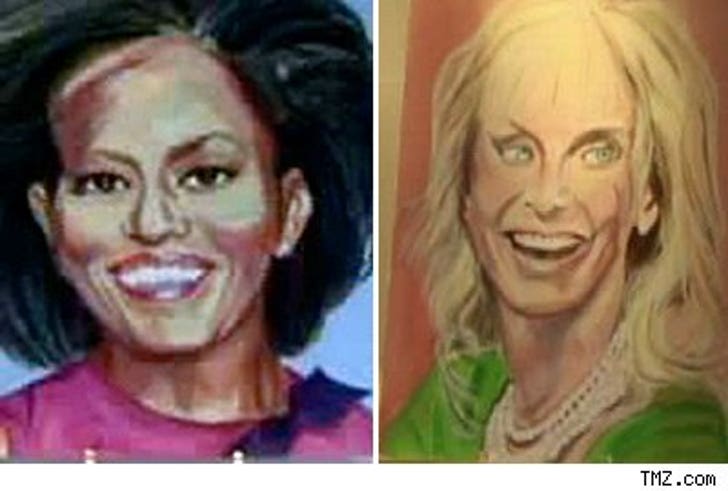 The high-end NYC department store's windows currently feature paintings of all the First Ladies of yore and include portraits of both Michelle Obama and Mrs. McCain. While all the works by artist Laurie Munn were made to the women's general likeness, Cindy's looks uniquely ghoulish.

So the question -- by putting the pics up, has Barneys not-so-subtly endorsed Barack Obama? We contacted the store -- a little defensive.

A rep said the the pics are an artist's interpretation. We pressed and mentioned it was Barneys decision to plaster the pics in its windows. The rep told us to go talk to the artist, adding, "We do not take any political stance."