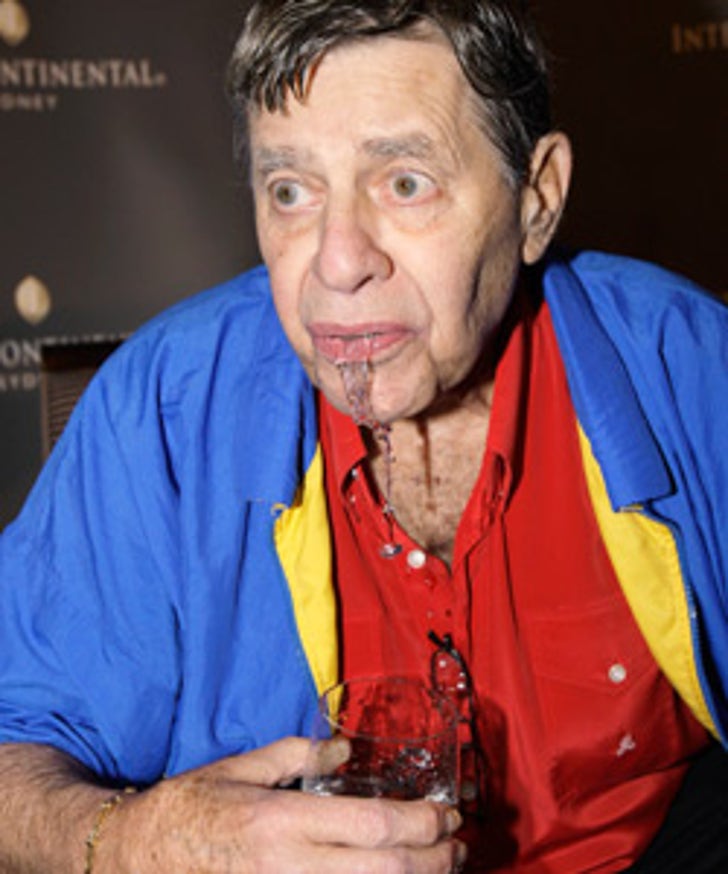 It's official -- Jerry Lewis will not be the Grand Marshall at the West Hollywood Gay pride Parade.

An Australian TV reporter asked Mr. Hey Lady for his opinion on the British game of Cricket. The 82-year-old, seen here drooling at the event, replied, "Oh, Cricket? It's a fag game. What are you nuts?"

We'd like to believe he's referring to British slang for "fag".

Try this Jerry: Cricket is a game for "smokers"-- yeah that's it.