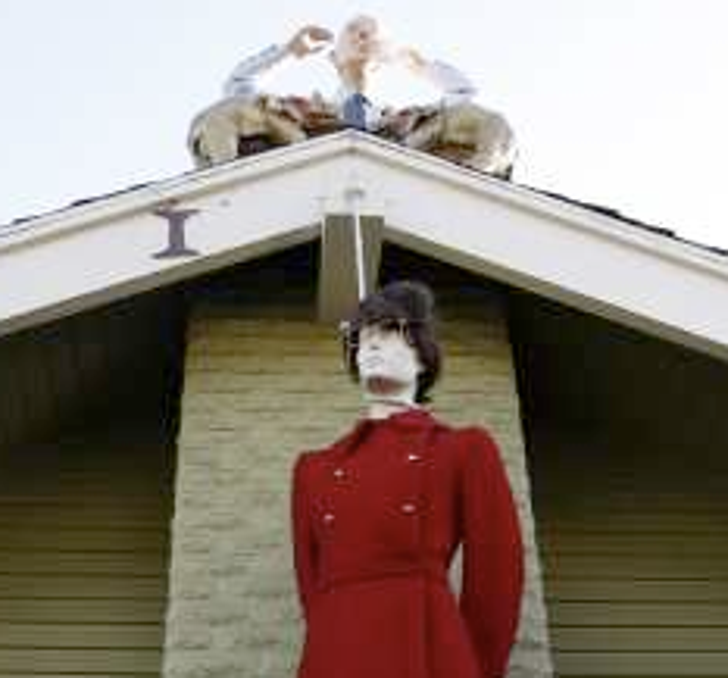 Effigy-gate is dead, just a day after it began.

The couple who hung up a Sarah Palin mannequin off the side of their West Hollywood house have taken the pseudo-Sarah down, after city officials put heat on them. They'd gotten an incredible amount of attention -- and anger -- from around the world for the Halloween-themed display.

Chad Michael Morrisette tells the LA Times he decided to take down the hanging Sarah after meeting with WeHo mayor Jeffrey Prang. He's leaving up the flaming John McCain, however.