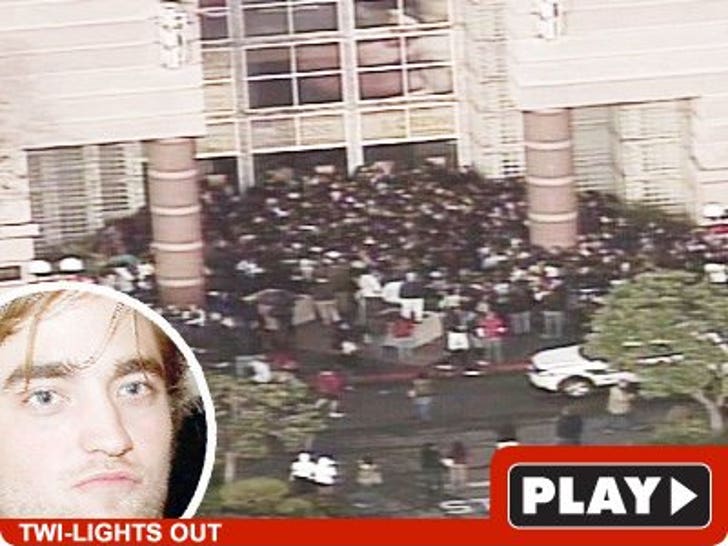 Kids were trampled, the cops were called in, blood was reportedly spilled -- all over a chance to see a guy from a film that hasn't even opened yet.

Things got nasty at San Francisco's Stonestown Galleria this morning when a crowd of roughly 3,000 anxious tweens grew out of control while waiting for a chance to see "Twilight" star Robert Pattinson.

The crowd -- nearly 10 times larger than event officials prepared for -- mutated into a mob scene when a push to get into the mall got so wild, that several kids fell under the crush. One girl reportedly broke her nose and another fainted.

No arrests were made and the event was canceled for obvious reasons.