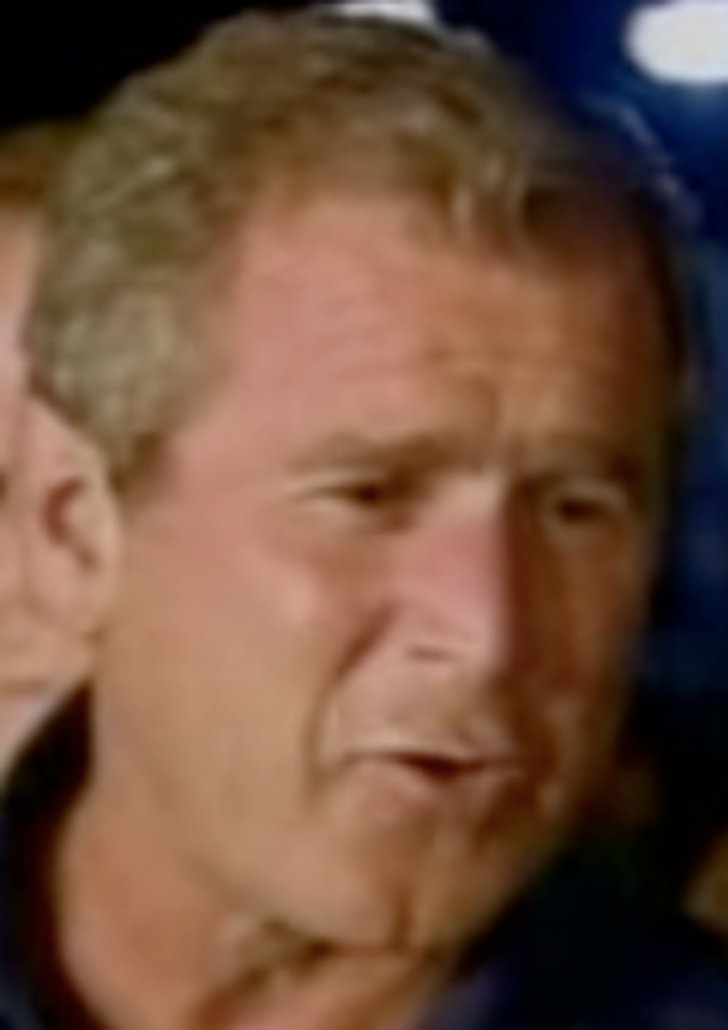 George W. Bush really could be this dumb: Turns out he may actually have seen "W.", and actually liked it.

So says Josh Brolin, the guy who played the Prez in Oliver Stone's flick. He tells the Chicago Sun-Times, "I understand he's seen the picture, and liked it." Let's review: The film is two hours of Bushie boozing, womanizing, choking dramatically on pretzels, and leaving pretty much the fate of the Western world up to Dick Cheney and Karl Rove, chuckling all the while.

Of course, the official line from the WH is the president has had "much more important things to do than comment on this ridiculous movie."