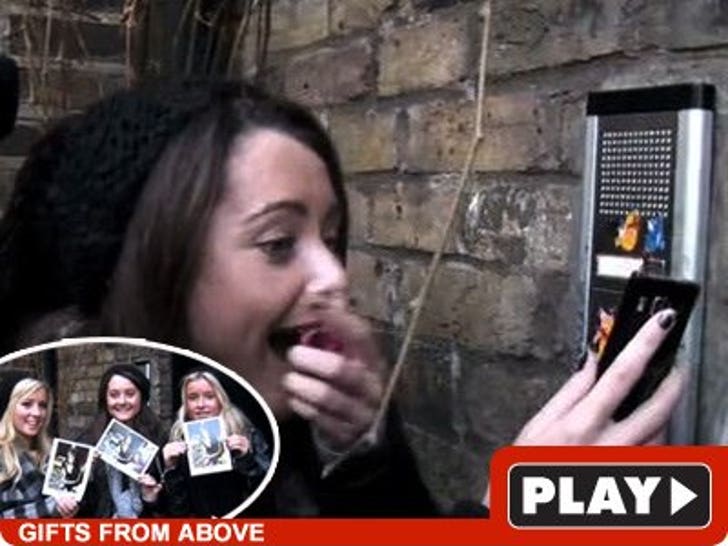 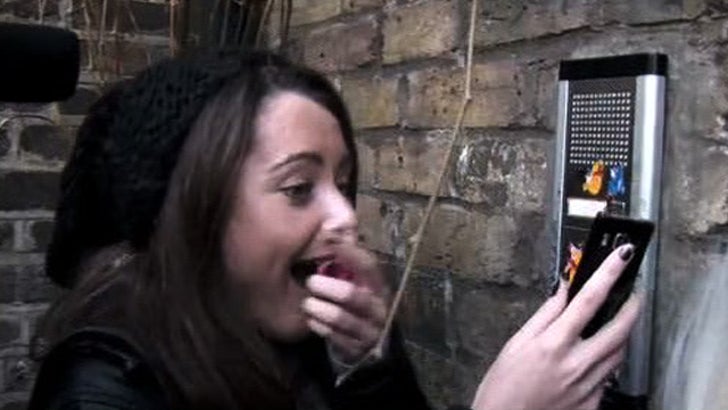 Three young Amy admirers from Liverpool had an absolutely fascinating conversation with Winey yesterday -- simply because it's so normal -- through the intercom (safety first) on the outside of Amy's London hive.

Gracious Amy ended up asking the girls for the correct spelling of their names -- one of which had a "taxi driver" father just like Winehouse -- and had someone bring them each a personalized, signed photo of herself.

One guy outside wasn't so lucky.