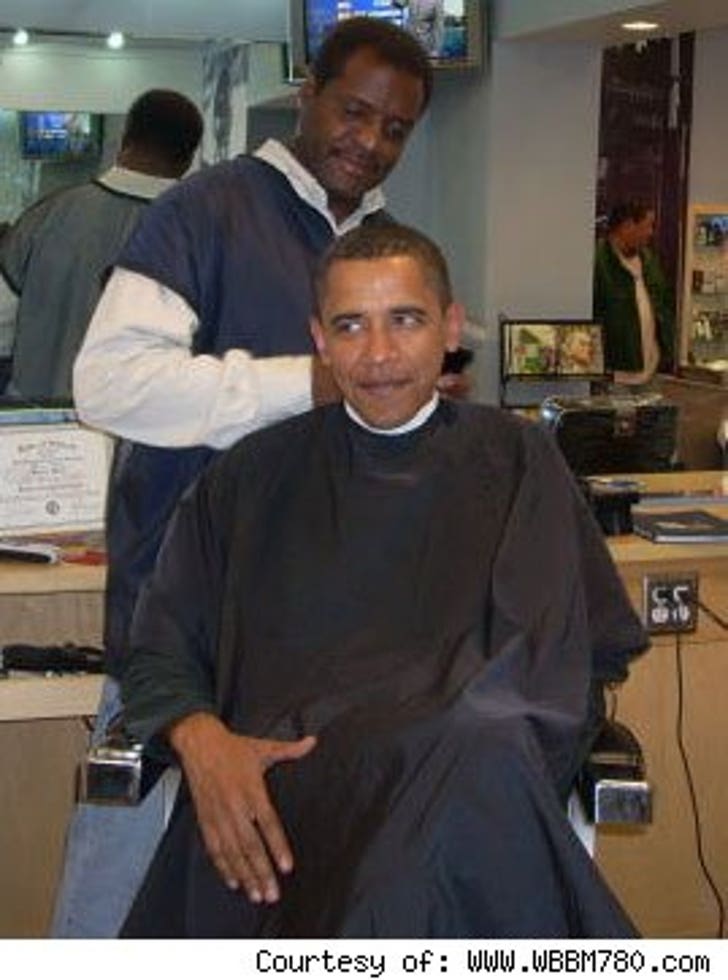 Apparently even if you touch Barack Obama you can become a star in your own right.

Zariff, Barack Obama's barber for the last 14 years, has had his barber shop become a tourist attraction since Obama has become President-elect.

The Chicago Sun-Times reports people come from everywhere come to take pictures of the chair Barack Obama gets his hair cut in -- and his haircut has inspired people to ask for the "Obama Cut" throughout the day.

Next up: Barack's shoe shiner.