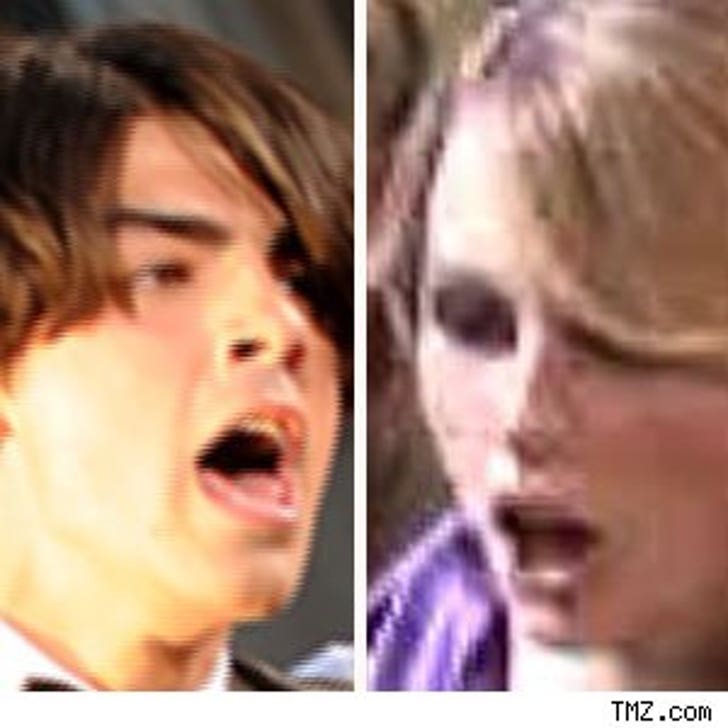 Joe Jonas and Taylor Swift have waged the epic battle of love lost.

Taylor has made sure that anyone with ears is hearing how she was dumped by a "27 second" phone call.

Then the attractive Jonas Brother went to Myspace to give his side of the story. Saying, "For those who have expressed concern over the "27 second" phone call. I did not end the conversation. Someone else did."

That specific Jonas blog has since been removed.

But since this break up is straight out of high school -- things are probably being blown out of proportion.