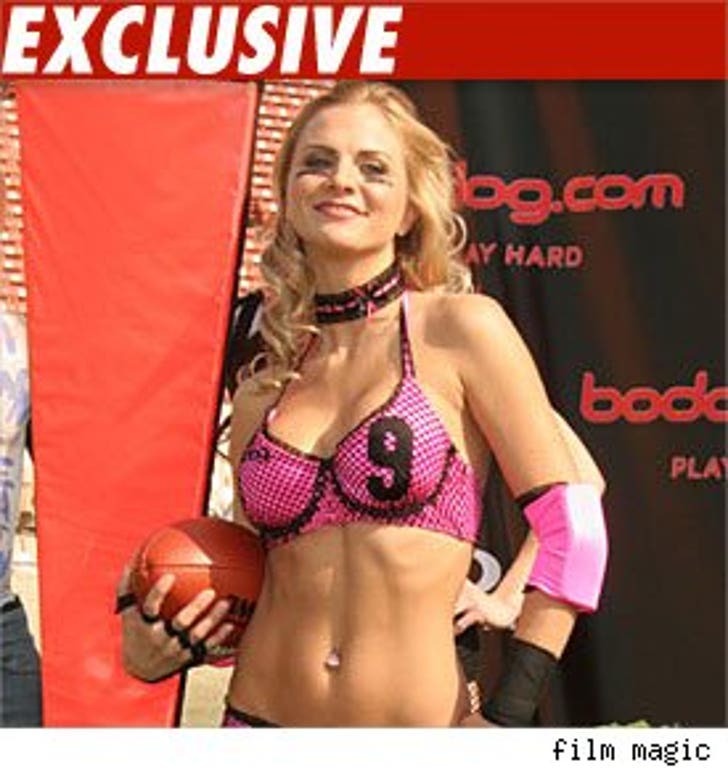 Paige Peterson, a Maxim model who played quarterback in the Lingerie Bowl, was busted on Thanksgiving day at around 5:00 PM for alleged misdemeanor domestic battery. Law enforcement sources say she was one of the worst inmates ever in jail, "yelling, kicking and fighting" inside her cell. She was so bad, cops had to handcuff her to the bench in the holding cell.

She was allegedly hurling profanities at the officers to the point they turned on a tape recorder because they felt if the case ever went to court, no one would believe someone that pretty and petite had that kind of foul mouth.

Peterson's BF wasn't injured during the incident at their Hollywood home. She is still in custody.