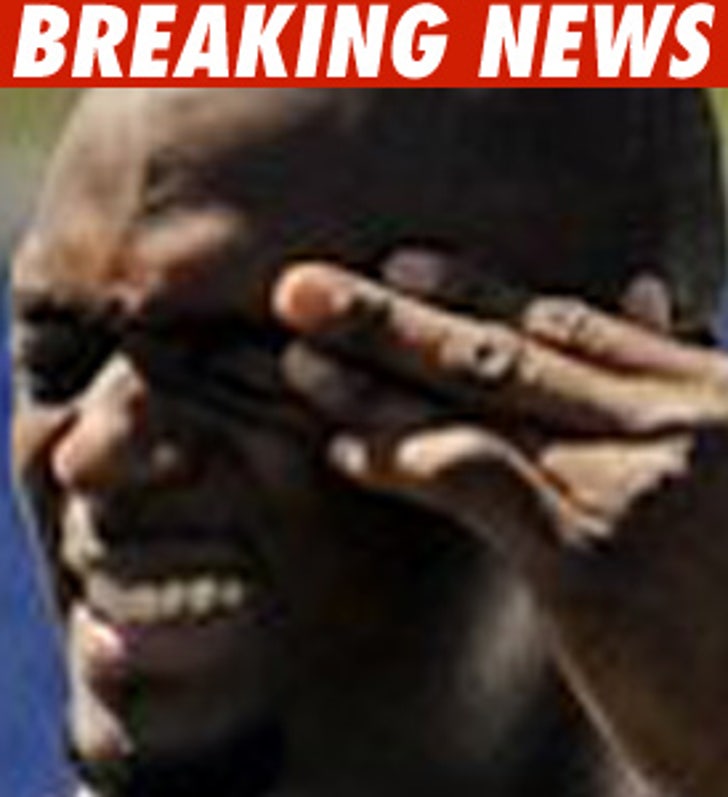 NY Giants wide receiver Plaxico Burress may be arrested on felony gun charges after shooting himself in a NYC club this weekend, and his teammate could be charged with trying to cover it up.

Burress went to the Latin Quarter nightclub but was initially turned away, according to the New York Daily News. But the paper says club management had a change of heart after Burress came back, "flashing jewelry and carrying loads of cash," reportedly telling management he needed the gun for protection.

According to the Daily News, Burress was being taken into a VIP area when he fumbled with the gun as it began slipping down his pant leg. The gun fired, and the bullet tore through his leg.

According to the paper Burress told his teammate Antonio Pierce not to call 911. Pierce then reportedly helped Burress out of the club and they allegedly 86'd the gun somewhere in New Jersey.

The Daily News claims Burress tried hard to cover it all up, but the plan was foiled after a Giants employee called the NYPD and reported the incident.