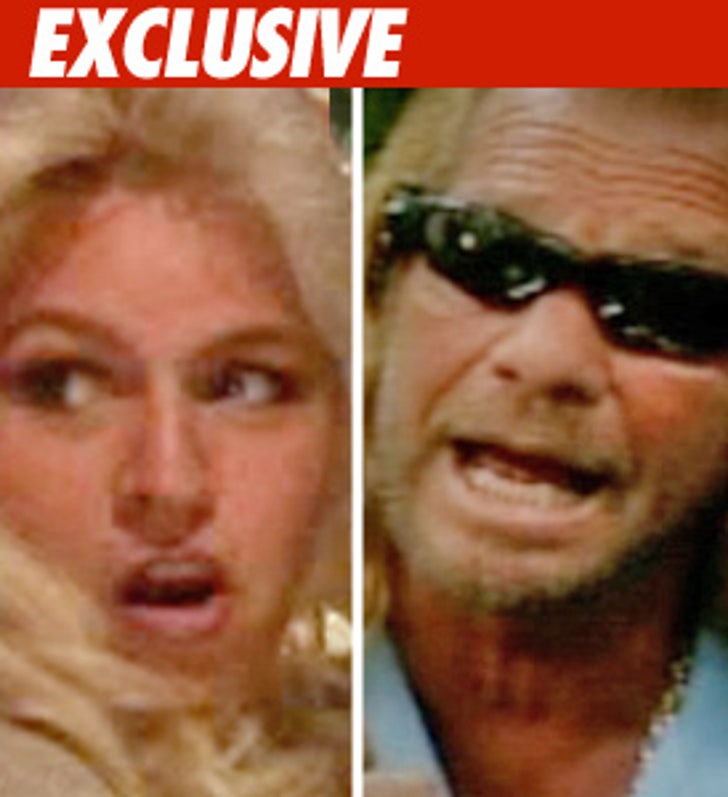 Duane "Dog" Chapman and wife Beth have escalated their war against their former talent agent, claiming he and his company have deceived them yet again.

The Chapmans are embroiled in a fight over fees Boris Krutonog and his company, Pivot Point Entertainment, allegedly began collecting in connection with an A&E deal. The Chapmans say Krutonog secretly negotiated a producer's fee with A&E, which is based on a percentage of their earnings from the network. The Chapmans claim the fee is a subterfuge for a talent agent's fee, which Krutonog can't collect because he is not a licensed agent.

Now the Chapmans claim Krutonog is at it again, secretly filing a claim with the New York Labor Commissioner to resolve the matter, even though the case is already being heard by the California Labor Commissioner (New York is more likely to cut Krutonog a break).

The Chapmans now want the judge to put the brakes on the New York case. Wouldn't it be easier to just pick the dude up in the middle of the night and cart him over to Mexico?