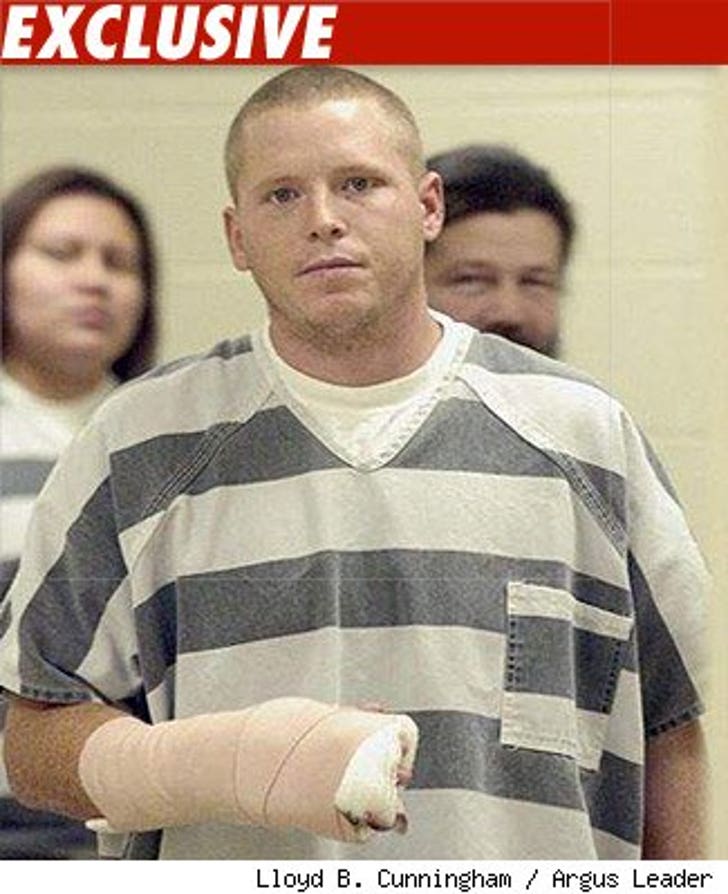 The guy who blasted Vinnie Jones in the face with a beer mug says Vinnie "back-handed" him first -- and he only smashed the actor's face open out of self-defense.

TMZ just spoke with a lawyer for 24-year-old stein-fighter Jesse Bickett, who claims his client was shooting pool peacefully in the back corner of the South Dakota bar Thursday night when a "visibly drunk" Vinnie stormed in and tried to hijack their table.

According to the lawyer, the actor approached Jesse and demanded that he leave the table so Vinnie could play. Right after Jones laid down his demand, Bickett's lawyer claims Vinnie "back-handed him in the face before Jesse could answer."

Jesse's lawyer says Vinnie then tackled Bickett to the ground and threw several head-butts -- so Jesse, in an effort to protect himself, grabbed a beer mug and smashed Vinnie in the face.

After the fight, Bickett, who has no criminal record, also needed plastic surgery to fix lacerations on his hand.

The whole gang is due back in court in the near future.