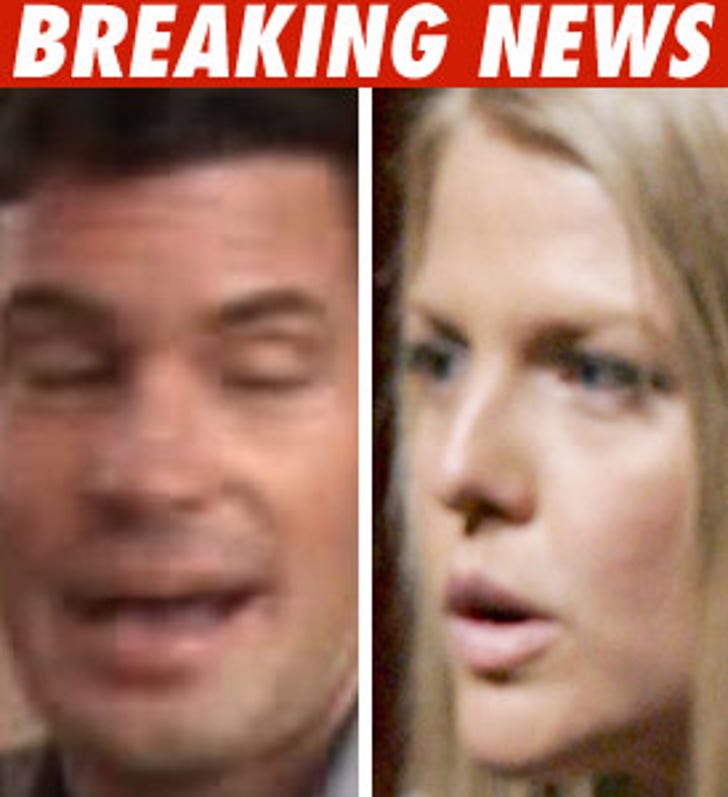 The host of Bravo's "Flipping Out" is disputing allegations that he attacked an "Ugly Betty" star at her home -- by attacking her in a statement.

It's all over a lawsuit filed Wednesday by Ugly Betty's Ashley Jensen and her husband, who claim Jeff Lewis was working on a house for his show, when he built a deck which encroached into their yard. When they refused to accept a private financial settlement, Lewis allegedly flipped out, making "aggressive threats and outrageous behavior."

But Lewis says it's all a crock, and that the actress is using his fame and this lawsuit for attention -- calling the fight a "simple encroachment dispute that should have been resolved informally."

Lewis adds, "Having apparently watched my reality show, they now feel they can exploit my personality to increase their media exposure and their alleged damages. I have never threatened either of them with physical harm, nor was I abusive or verbally threatening to either of them.

In fact I have never even met Ms. Jensen. The court will decide how much the easement is worth and Ms. Jensen and Mr. Beesley will then be left having to earn media coverage on their talent alone."