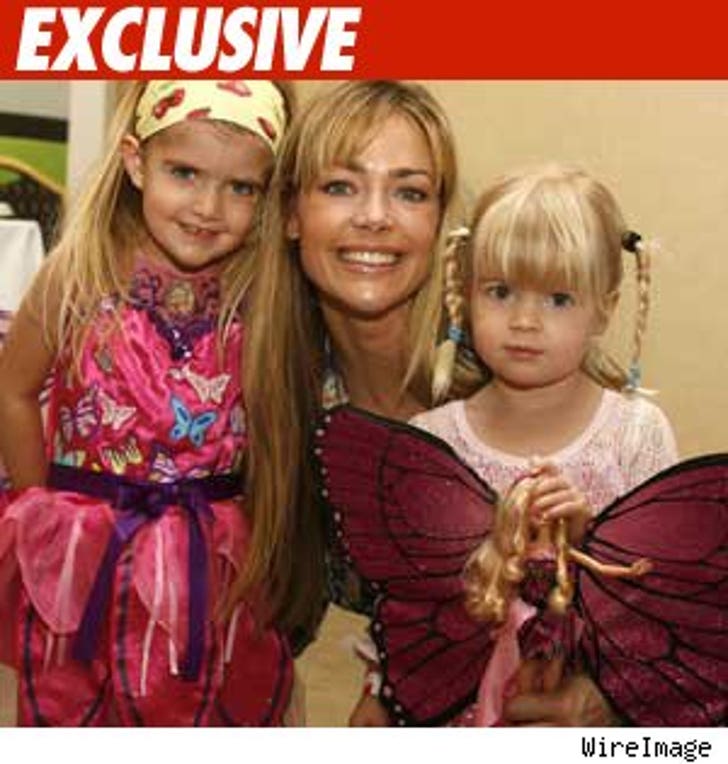 The two young daughters of Denise Richards and Charlie Sheen were involved in a serious car accident yesterday, TMZ has learned, but the good news is they're safe and sound.

Law enforcement sources tell us Sam and Lola Rose Sheen, 4 and 3, were riding in an SUV driven by a nanny on the Pacific Coast Highway in Malibu, when a Honda made a crazy left turn in front of them, cutting them off. Four cars were involved in the accident, and only the driver of the Honda was injured.

No arrests have been made. The driver of the Honda was taken to a local hospital and will most likely be cited for a failure to yield.