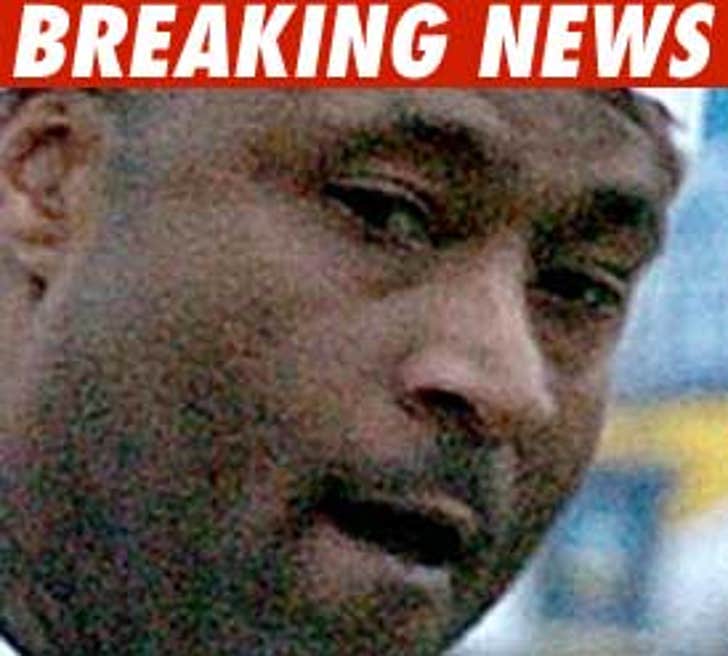 Former NFL star receiver Andre "Bad Moon" Risen was arrested in San Antonio early this morning after cops say he was a drunken mess in public.

Sources close to the situation claim Rison -- who famously dated Lisa "Left Eye" Lopes back in the day -- arrived to the Crown Plaza Hotel with a friend around 2 AM and caused a scene when they learned the local bars had closed.

We're told the two then began to act "rambunctious" in the lobby and cops had to be called.

Once police arrived and determined Risen and his pal were intoxicated enough to be a danger to themselves and the public, the two were arrested. Both were fined $85 and released when they sobered up and saw a judge.

And get this -- after he was released, Risen hung around the jail to sign a few autographs.